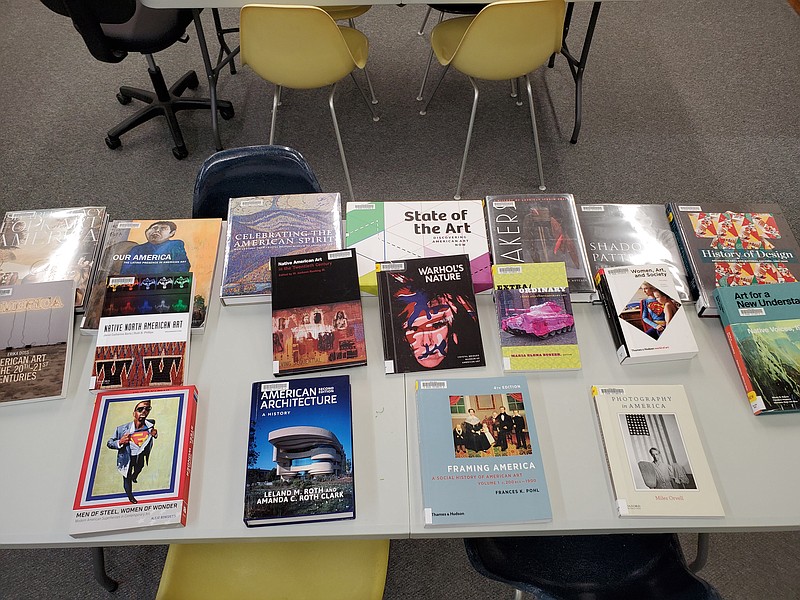 The Union County Public Library Systems (UCPLS) received a donation of 27 books on American Art for residents of Union County from the Alice Walton Foundation and Chrystal Bridges Museum of American Art recently.

“This donation provides Union County a collection of books relating to Modern American art, which was a topic previously missing from our collections,” UCPLS executive director, Michael O’Connell said.

While the UCPLS did already carry several general books on art, O’Connell said the donation represents a major enhancement to their collection.

“This is a major upgrade. These books have already proved to be popular with multiple check-outs and in-house uses already,” he said. “The purpose of the program is to expand access to the visual arts to the residents of Arkansas, and we are participating in the trial program.”

Books donated to the UCPLS include:

American Art of the 20th-21st Centuries

Art for a New Understanding: Native Voices, 1950s to Now

Crystals in Art: Ancient to Today

Our America: The Latino Presence in American Art

Shadow Patterns: Reflections on Fay Jones and his Architecture

What are you looking at?: The Surprising, Shocking, and Sometimes Strange Story of 150 Years of Modern Art