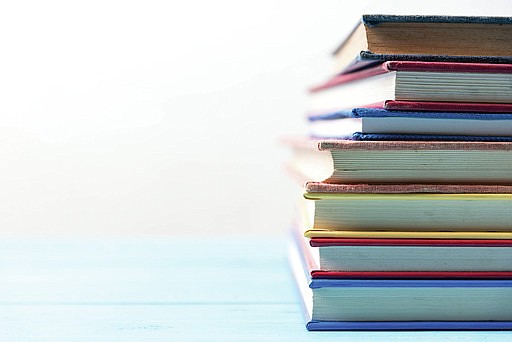 Midwinter in a pandemic is definitely a time for escaping into books. By now, even the most reluctant reader might be bored enough to read a book. Let’s hope so—and if you are one of those, there are so many choices!

For those times when you can’t go anywhere, you might wish you were on “The Guest List” by Lucy Foley. Just to be invited to this wedding was to be envied. The groom is a survival/reality-show TV star, and the bride was the creator of a hugely-successful lifestyle magazine. The setting was a remote, almost forbidding island off the coast of Ireland. Locals whispered about bog people and legends, but it was still an unforgettable spot for a wedding. Haunting for many people, including some wedding party guests: Olivia, the bridesmaid; Hannah, a plus-one; Johnno, the best man; Aoife, the wedding planner. One by one, their secrets are revealed. If you like mysteries, or Agatha Christie, you’ll be right at home.

Home is a very different place in the world of “Piranesi” by Susanna Clarke. I almost gave up on this very strange fantasy, but since it was pretty short—only 270 pages—I kept on reading and was glad that I finished. Imagine if you will, an alternative reality, a labyrinth of statues, where an ocean rises in and out. This is the world of Piranesi, who spends his days exploring. He catalogs the amazing statues in the halls, records the tides of the ocean, and carefully protects the bones of the 13 other people who he knows once lived. The only living person he knows is a man he calls “the Other,” who he meets on Tuesdays and Fridays. It’s a little bit like a Twilight Zone episode.

Back in the real world, I think now is the perfect time to mention Brit Bennett during Black History Month. I just finished reading her two novels and recommend them both. Starting out in the 1950s, “The Vanishing Half” is the story of twin sisters who leave their small town together but find themselves driven apart in ways that make a reconciliation unthinkable. On a side note, El Dorado makes a cameo appearance. You’ll have to read it to find out why. I could hardly put this book down and found it a wonderful story of how our choices in life come back to haunt us. After that I couldn’t wait to read her first novel, “The Mothers,” a contemporary story of a young girl, Nadia, and a decision she makes as a teenager that changes her life. My favorite part about the book was the alternating chapters from “The Mothers”—the voices of the elderly women from Nadia’s church, speaking from their own vast experience as mothers and women of the church.

Our city is more than just mentioned in this book, which is also a good choice for Black History Month. It’s from Junction City native George R. Adams. “Found in Pieces” takes place in small-town south Arkansas, where even in 1958 some surprising things can happen. Pearl is a white woman who recently became a newspaper owner, a position almost unheard of at the time for women. Sadie is a black woman who owns a small general store/hangout—and her son has recently gone missing. With racial tensions simmering in the state capital, the two women try to find out what happened to Elton. Now both women’s lives are complicated by a mystery as they’re thrown together amid social and racial tensions in the town.

One of my recent favorites is “The Friend” by Sigrid Nunez. The cover of this book features a picture of a black and white Great Dane, which might make you think it’s a dog book. I’ve read plenty of those, but this is not one of them. A woman inherits a dog after her longtime friend and mentor passes away. And not just any dog—a Great Dane. Although her apartment prohibits animals, she manages to keep Apollo, the black and white Great Dane, who is an important part of this short book. Not a memoir, but an exploration of grief, writing, dog ownership and life—among other things—while telling a simple story of how a big problem became a best friend.

Books and dogs can all be good friends—here’s hoping you find yours!