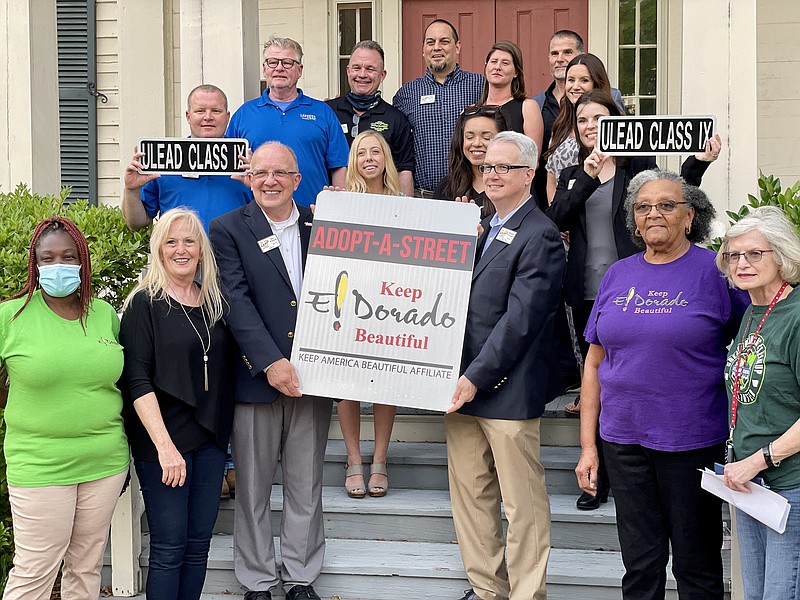 Leadership Union County is a ten-month program with a focus on identifying and developing the future leaders of our community that utilizes various kinds of activities to build relationships between class members and teach them about the community, including on subjects like economic development, local government and quality of life issues.

As part of their civil engagement piece of the program, the class chose to work with KEB.

“You all are the first group to officially adopt a street,” El Dorado City Council and KEB member Diane Hammond told the graduating class as she presented them with the street signs.

“We’re going to continue our efforts and hope more and more groups will adopt streets,” Janis Van Hook, KEB president, said. “Whoever wants to adopt an area, our plan is to make sure they are recognized for their efforts.”

Hammond said that there are other local organizations already in contact with KEB to adopt roads and areas as part of community clean up efforts.

The class gathered on the front steps of the Newton House and took a class picture with the street signs.