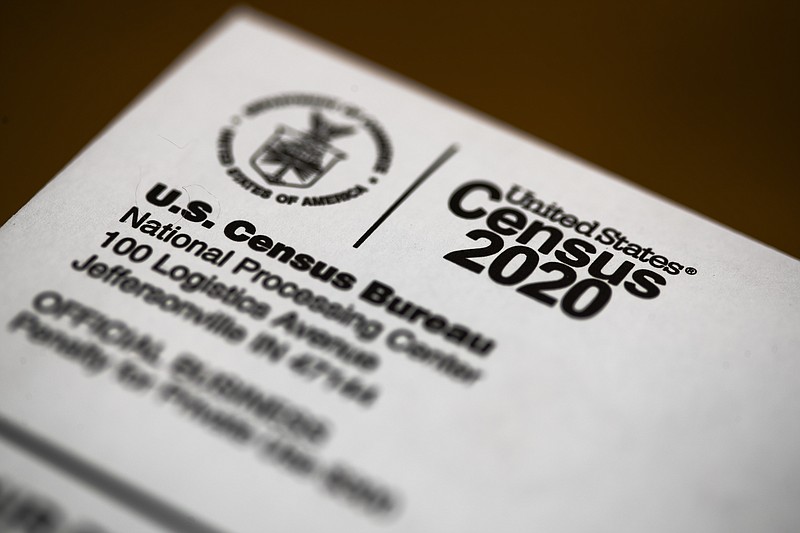 WASHINGTON — Arkansas grew by 3.3% since the last census, topping 3 million people for the first time but failing to keep pace with the rest of the nation.

Arkansas will continue to have four seats in the U.S. House of Representatives.

Officially, there were 3,011,524 people living in Arkansas on the day of the census; another 2,232 Arkansans were military or civilian federal employees and their dependents. In the previous count, the state had 2,915,918 residents, with 10,311 Arkansans serving abroad.

“The Census shows continued growth in Arkansas that we are well over 3 million people,” Gov. Asa Hutchinson said in a statement. It “also reflects that nationwide there continues to be a shift in population and congressional seats to Midwestern and Southern states, and I think this is a good sign for the future of Arkansas.”

Randy Zook, president and chief executive officer of the Arkansas State Chamber of Commerce, said the addition of nearly 100,000 residents is “a sign of a healthy environment.”

“People are drawn to Arkansas,” he said. “We need to keep working on that and keep making it even more attractive.” Census officials haven’t yet released city or county population totals.

The state region with the biggest increase, Zook predicted, will be Northwest Arkansas.

“You’ve got a number of counties that are going to have growth, but the real growth is in Washington and Benton [counties],” he said, predicting a gain of roughly 80,000 people in those areas.

Many of the state’s rural counties will experience population losses, he said.

State officials are awaiting more in-depth data so the redistricting process can begin.

That data is expected to arrive in September, said Arkansas Secretary of State spokesman Kevin Niehaus.

The state’s board of apportionment, consisting of the governor, secretary of state and attorney general, will draw new legislative and congressional boundaries that reflect the shifts in population, forwarding their proposal to the state Legislature for its approval.

In order to comply with “one man, one vote” requirements, the districts must be similarly populated.

“There isn’t anything that we can do until we get the more detailed information,” Niehaus said in an email. “The one thing we now know is that the size of a House seat will be 30,317 and the size of a Senate seat will be 86,107. Of course there will be a variance with the size of those seats, but those are the target numbers.” Attorney Gen. Leslie Rutledge is also awaiting more in-depth numbers.

“The Attorney General and her team are fully prepared to draw legislative maps in accordance with the law when the data is available from the Census Bureau,” Rutledge’s spokeswoman, Stephanie Sharp, said in a statement.

The U.S. Constitution mandates a decennial census. The results are used to determine the number of congressmen each state receives.

At a minimum, each state is entitled to one U.S. representative. The rest are allocated according to population.

From 1903 to 1953, Arkansas was entitled to seven seats in the House because its share of the U.S. population was higher.

As a result, Arkansas’ House delegation fell from seven to six members after the 1950 census. It forfeited two additional congressional seats after the 1960 census.

It has remained at four seats ever since.