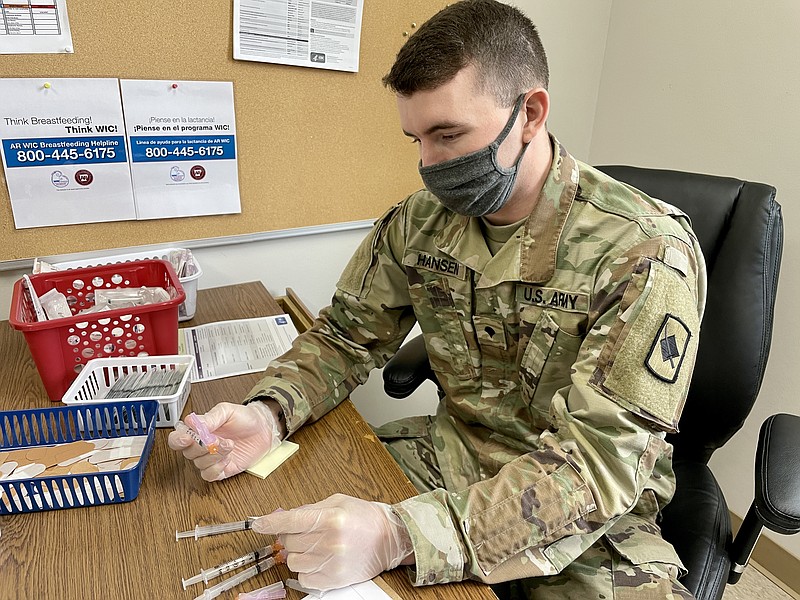 Union County was only one COVID-19 case shy of 4,000 Saturday as the addition of three new confirmed cases brought the cumulative total of cases identified locally to 3,999, according to data from the Arkansas Department of Health.

Between Sunday, April 18, and Saturday, 17 new COVID-19 cases were identified in the county. They were on par with the number of Union County residents who met the criteria for recovery last week.

The number of active cases stayed so steady because there were also 17 new recoveries reported last week. In total, 3,857 Union County residents have met the criteria for recovery.

Last week was also the second week in a row that no local residents’ deaths resulting from COVID-19 were reported. A total of 112 Union County residents have died as a result of COVID infections, indicating a local COVID mortality rate — the percentage of people who have contracted the virus and died as a result — of 2.8%.

Based on the data from the ADH and additional data from Arkansas COVID, a University of Arkansas School of Journalism and Strategic Media program that has been tracking COVID-19 data in the state, 700 Union County residents reached full immunity last week.

Vaccinations in the county were lagging last week when compared to the week before; 256 additional doses were administered last week, whereas the week before, 399 were, according to ADH and Arkansas COVID data.

The ADH on Saturday provided a breakdown of the rates at which people of different racial demographics are being vaccinated in the Southwest hospital region, where Union County sits. In total, 8.1% of the region’s population is partially immunized and 22.3% are fully immunized.

Securing an appointment for vaccination should become easier this week as a new permanent vaccination site will be opening its doors: the Union County Local Health Unit.

The Health Unit has been the site of almost-daily vaccination clinics for the past two weeks. Starting this week, though, all local health units in the state will begin offering vaccination appointments.

According to a press release from the ADH, local health units, including Union County’s, will be offering the Moderna vaccine, which any Arkansan 18 or older is eligible to receive. There will be no out-of-pocket costs for vaccination, though those with health insurance are asked to bring their cards.

The Medical Center of South Arkansas is also helping to make vaccines more accessible this week by offering “Walk-in Wednesday” on April 28 from 8 a.m. to 3:45 p.m. On Wednesday, MCSA will take walk-in vaccine appointments, serving all vaccine-eligible Arkansans, including teenagers who are 16 and 17 years old for whom only the Pfizer vaccine has been approved.

Hospitalizations in the Southwest region were on the rise as of Saturday, having hit a low point of seven hospitalized on Wednesday and Thursday and subsequently growing to 17 hospitalized as of Saturday, including nine in intensive care units and four on ventilator support.

In total, 32,173 COVID-19 test results have returned from Union County, including 28,174 negatives, indicating an overall local positivity rate of 12.4%.

New cases outpaced new recoveries in Arkansas by just over 100 last week. A total of 1,086 new recoveries reported brought the total number of Arkansans considered recovered from the virus to 326,880 Saturday.

The number of active COVID cases in the state started low last week at 1,789 reported on Monday and proceeded to grow throughout the week, hitting a high of 1,991 on Saturday. There were 31 new active cases added to the total Saturday, and the cumulative number of active cases included 1,364 confirmed cases and 627 probable cases.

State officials celebrated the one millionth Arkansan to receive a COVID vaccine dose on Thursday with a ceremony where Shorter College student Sheryl Moore’s vaccination was broadcast statewide.

However, Gov. Asa Hutchinson said then that demand for the vaccine has gone down, and encouraged Arkansans to go ahead and make their vaccine appointment as soon as they’re able.

Hospitalizations statewide trended down through the week, hitting their highest point of 177 on Tuesday and falling to a low of 148, including 60 in ICUs and 23 on ventilator support, on Saturday.

Nationally, about 372,000 new COVID-19 cases were reported between last Sunday and Saturday, down from the week before when almost 500,000 new cases were reported. Fewer deaths were also reported. In total, as of Saturday afternoon, 32,038,232 COVID-19 cases had been identified in the United States and 571,883 deaths resulting from the virus had been reported, according to data from Johns Hopkins University.

Globally, almost five million new COVID-19 cases were identified last week, up from about 4.5 million the week before, according to data from Johns Hopkins. Additionally, more than 75,000 COVID deaths were reported last week around the world. As of Saturday, 145,943,305 COVID cases had been identified worldwide and 3,091,553 people had died as a result of the virus.