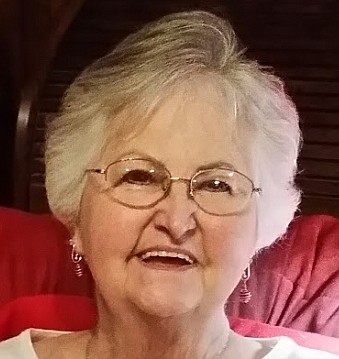 Born May 17, 1942 in Bernice, Louisiana. She was the daughter of Henry Carl and Minnie Ellington Rodgers. She was the owner and operator of Clydus’ Headquarters and Tanning. Previous occupations were Cooper Tire, Worsham Wholesale, Hancock Fabrics, Tom’s Vending and El Dorado School District.

A loving friend to everyone, she enjoyed hair dressing, motorcycling, bowling, bunko, sewing, and crocheting. She will be dearly missed by all who were blessed to know her.

She was preceded in death by her husband, Floyd Gene Jerry; her parents; a sister, Gloria Jean Gandy; two brothers, Ted and Bobby Rodgers; and her daughter, Kyra Jerry Smith.

Visitation will be held from 6:00-8:00 PM on Friday, April 23, 2021 at Perry’s Funeral Chapels. Funeral Services will held at 2:00 PM on Saturday, April 24, 2021 at Liberty Baptist Church in Lawson, AR., officiated by Pastor Ronnie Robbins and Bro. J.D. Weido. Interment will follow at Liberty Baptist Church Cemetery under the direction of Perry’s Funeral Chapels.

The family will be at the Simmons’ residence 2120 Pinewood El Dorado.