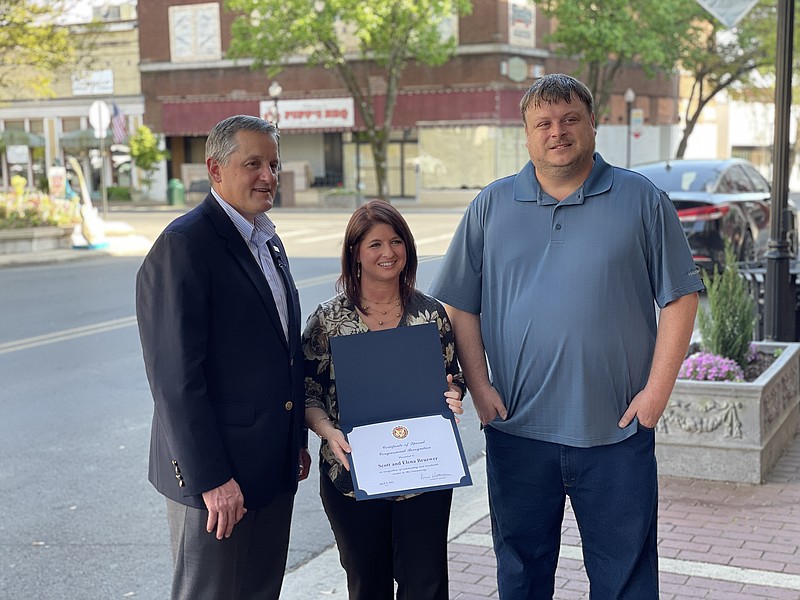 U.S. Rep. Bruce Westerman (R-AR4) honored Scott and Elena Bruewer, of El Dorado, on Monday for their acts of service in helping local nursing home staffers during the pandemic and February snowstorm as part of the congressman’s Fourth District Hometown Heroes Tour that continued Tuesday.

Westerman and the Bruewers sat down to discuss their efforts at PJ’s Coffee. The couple shared with the congressman how they would buy and prepare food like meatballs and spaghetti to take to nursing home staffers and offer them rides home.

“What some people don’t know is during the snowstorm, a lot of people at Hudson Memorial for example, doing the graveyard shift, couldn’t leave,” Scott Bruewer said. “Plus a lot of places were closed and products were cleared out from the stores. So we decided to get all that we could and fix some to-go plates and take it to those stuck at the nursing home.”

Scott Bruewer further explained to Westerman how his Toyota Tundra helped him and his wife maneuver through the winter weather to deliver those meals and drive workers to and from where they needed to go. Scott Bruewer and Westerman would go on to bond over trucks and their usefulness in predicaments like the recent snowstorm.

Elena Bruewer, who is a hospice worker herself, said she has a lot of connections with fellow caretakers and knew of the obstacles they faced due to the COVID pandemic and February snowstorm and told Westerman how that inspired her and her husband to use the resources they had to be of service.

After some conversation with both Scott and Elena Bruewer, Westerman and his staff escorted the couple outside of the coffee shop and presented them with a certificate of recognition for their acts of kindness.

“They really went above and beyond to try and help those that were caring for others in our nursing homes,” Westerman said. “It is great to know we have people like the Bruewers serving the community and I know the community is grateful for them.”

As part of their acceptance of the award, Scott Bruewer said, “My wife has an empathetic heart and my wife came to me and asked if we could get this done and we made it happen. “What we did was nice, but what those people (caretakers) do everyday is what we care about. They deserve recognition as well. Every nursing home here in El Dorado and across south Arkansas deserve some thanks for what they’ve done for their residents.”

After Bruewer’s statement, Westerman shared a personal connection of his own to nursing home facilities and workers.

“My granny, 99 years old, passed away in February and she was in a nursing home,” Westerman said. “She actually got COVID and survived it and then the years unfortunately caught up to her. So I know the rough go of it that those facilities have been facing through all of this.”

The congressman and the couple chatted a little more and Scott Bruewer pointed out his blue Toyota Tundra parked outside of PJ’s that assisted him and Elena in their acts of service to Westerman, to which they all shared a smile.

Westerman will continue his Hometown Heroes Tour for the remainder of the week, visiting other towns in the Fourth District. 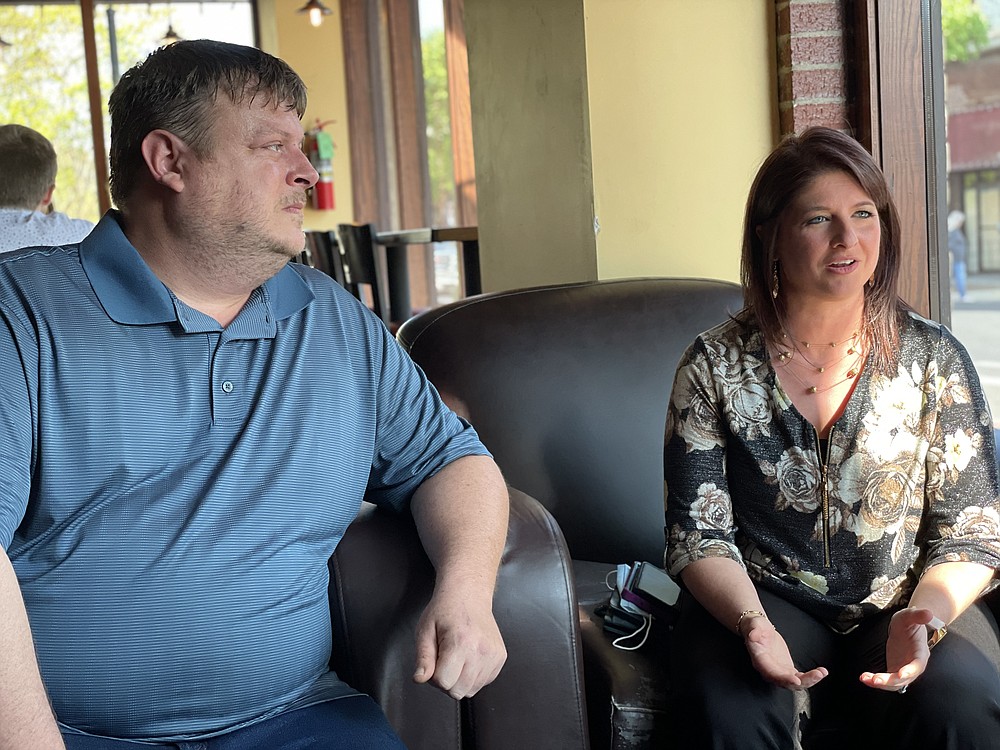