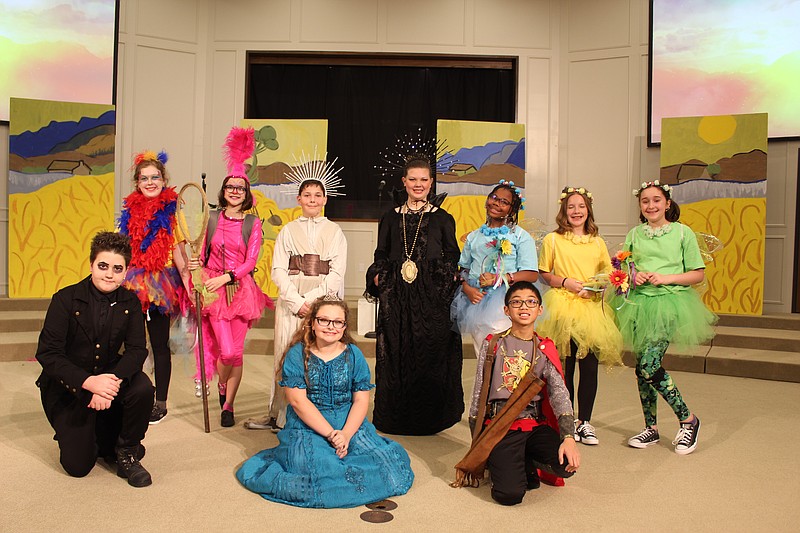 An adaptation of Mozart’s operetta “The Magic Flute” was performed Thursday, March 11 at West Side Christian School elementary.

Due to the current restraints regarding singing in-doors, director Lynn Gunter chose to write her own version of this classic production, adding a spiritual message and and Mozart’s music in the background. Then, to continue with the “classical” theme, an artistic WSCS senior, Kindal Comeaux, along with her chosen crew, painted two large murals for the back drop: Van Gogh’s “Starry Night Sky” and“A Reaper in a Wheat Field”.

This great musical masterpiece was Mozart’s last opera. In this fairy tale of his own making, darkness has overtaken the world. A brave, young prince has embarked on a quest to bring light back to his kingdom. Along the way, this royal “scaredy-cat” meets a kidnapped princess, giant snake, comedic bird catcher, a magnificent but evil Queen, a somewhat brave prince, three fairies/ladies, a good King, an evil henchman and many tests of bravery.

The 6th grade students played all of the leading roles, while the other classes played such roles as Water, Fire, Animals, Bad Guys, The King’s Followers, a Chinese dragon and a Flock of Papagenos.

WSCS elementary performs a spring show every year as a fundraiser. Only 60% of the school’s budget is raised through tuition. Fundraisers like this and the fall auction are of vital importance to the existence of the school. While there is no charge to attend these events, donations are welcomed.

High schoolers at WSCS subsequently performed a “Through the Decades” variety show on March 18.