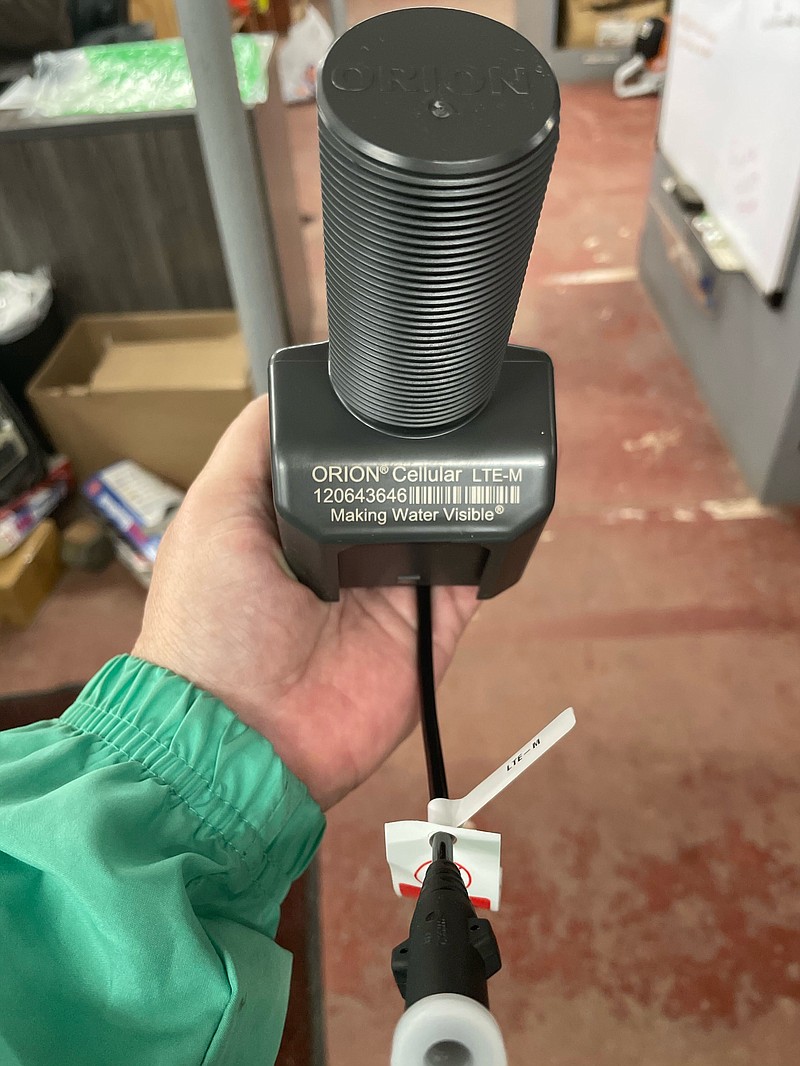 The El Dorado Water and Public Works Board has come to loggerheads with the water metering technology company that manufactured the city’s cellular-based water meters, which were installed five years ago.

On March 31, the EWPWB, the city’s Water Advisory Board and other representatives from the El Dorado Water Utilities convened for a specially-called meeting to hear from Joe DeVito, strategic solution architect for Badger Meter.

The meeting is part of an ongoing effort by city officials and the El Dorado Water Utilities to find a solution to an issue that is looming with the city’s water meters.

In early February, the EWU and city council members — who formed the EWPWB the same month — learned that transmitters for the cellular-based water meters will become obsolete at the end of the year.

Robert Edmonds, director of public works, explained then that after 2021, the bandwidth for the transmitters on the Badger meters will no longer be used because wireless carriers are decommissioning the transmitters and upgrading to new ones.

Badger manufactures the city’s cellular-based water meters, almost 10,000 of which were installed in 2015 and 2016 in El Dorado.

The project cost $2.2 million and took two years to complete, with discussions beginning in the spring of 2014 and the installation phase lasting more than 10 months between 2015 and 2016.

Edmonds and John Peppers, general manager of the EWU, said the meters came with a 10-year warranty but while the warranty will still be good come 2022, the transmitters will not.

“And they’re charging us $1 per day for (each of) the transmitters until the vendor comes and picks them up and sends them off to be decommissioned,” Edmonds told city council members then.

The groups continued discussions about the matter February 24, agreeing then to explore options about how best to approach the situation and possibly pursue legal recourse.

“The question is how long have they known this? We can get the answer from the (Federal Communications Commission) about when they told them that that bandwidth will no longer work,” Edmonds said at the time, referring to Badger Meter. “It wasn’t two weeks ago. I’ll bet they knew when they sold them to us.”

The water utilities, its advisory board and city officials followed up by meeting with DeVito March 16 in the El Dorado Municipal Auditorium, and they resumed those discussions March 31 in City Hall.

“After the last time we met at the auditorium, we went back and I’ve taken a long look at your account … and the things that you said at the last meeting,” DeVito said March 31.

“And some of the items that jumped out at me is that, clearly, the cellular solution isn’t working for this community,” he continued. “I heard that the amount of people utilizing the technology was a small number of people and I went and took a deeper dive into that.”

When former EWU general manager Mark Smith pitched the cellular meters to the then-El Dorado Water and Sewer Commission and city officials in 2014, he explained that the meters were a new product offered by Badger Meter that used a wireless, cellular-based end point to eliminate the need to install transceiver gateways on EWU water towers.

Electronic readings would also eliminate the need for manual meter readers, thus saving payroll expenses for the EWU; allow for better leak detection and increase billing efficiency; and allow customers to use their mobile devices to monitor activity — including water consumption by the hour and average use by the day, week or month — in real time, Smith said at the time.

DeVito said last Wednesday that less than 7% of EWU customers are signed up for the technology that comes with the cellular meters.

DeVito presented options to upgrade to new cellular technology or replace the cellular transmitters with automated meter readers, the type of metering system the city used prior to the cellular meter project.

The city could also choose a hybrid and combine both options to tailor its metering system to what works best for the EWU and its customers, DeVito said.

He said the deal is front-end loaded with no monthly payments for the use of the software for 10 years.

Edmonds previously pointed to an issue with the concrete meter boxes that hold the cellular meters, saying that the contractor who installed the meters, Utility Metering Solutions, was not allowed to replace the concrete boxes with plastic boxes.

He explained that the previous set of AMR meters, which allowed for drive-by reads, functioned well in the concrete boxes but with cellular-based technology, the concrete boxes, steel components and metal lids are a bigger drain on the life of the batteries inside.

“The batteries on those meters are similar to a cellphone. They don’t have good coverage because, like a cellphone, they’re searching for a ping,” he said.

Going back to AMRs would allow for drive-by meter reads and would eliminate the issue with the meter boxes and lids, DeVito said.

“With the AMR scenario, it works through cast iron, concrete or any kind of polymer-style lid, so it solves the lid issue and you don’t have to worry about replacing those,” he said.

He also said AMR technology is retro-fittable to the existing water meters, telling the group, “You do not have to abandon your existing meters. They can stay in place and a new end point can be connected to that.”

The switch to AMRs would cover 10,900 meters, DeVito said.

“If you go forward with the cellular meters, there’s a lot of things that are available but I want everybody at this table to agree that we’re just not using them,” EWU engineer Lorraine Murtha said later in the meeting.

“We don’t have the staff to use all the buttons and switches. We don’t need the $3,000 iPhone. Just give me the flip phone because it works and it works every time and that’s what this community needs,” Murtha told the group.

Edmonds later asked if the $600,000 cost estimate includes installation and DeVito replied, “I am not talking about installation.”

Edmonds then said the total cost of the replacement project could exceed $1 million, echoing similar statements he made during the special meetings in February and March.

After listening to DeVito’s recommendations, city officials focused on what they said is the crux of the matter: if the 10-year warranty that came with the cellular meters included network coverage and if Badger explained whether the warranty came with network coverage.

City officials said the city has been paying 89 cents per meter, per month, as a part of full-coverage warranty for the cellular meters.

Edmonds and City Council Member Vance Williamson, who is also chairman of the city’s Finance Committee, said Badger offered two options with the cellular meters and the city selected the more expensive package.

“Why wasn’t the network warranty included in the most expensive package?” Williamson said.

“We bought the most ‘warrantied’ thing possible and now you’re sitting here trying to sell us something else with a 20-year warranty!” added Edmonds incredulously.

Murtha and DeVito said they have pored through emails and documents that were associated with the 2015 - 2016 sale and they each drew different conclusions.

Murtha noted that the sales order denotes a 10-year, “100%” warranty for both options that were presented by Badger, including cellular endpoints, and calls for the city to purchase new endpoints in the 11th year of the contract.

Minutes from meetings about the matter in 2014 and 2015 also contain discussions about a full-coverage warranty, she said.

DeVito said materials that were presented to him by the city and Badger and discussions with the company’s legal team make no mention of network coverage.

He said the warranty covers materials and workmanship.

However, Murtha and DeVito both said they have been unable to track down the warranty documents that were executed with the sale.

Murtha said she would continue looking through EWU documents and recordings of meetings that were held by the former water and sewer commission, EWU and Badger.

“Since we can’t agree at this table, it is going to have to go up the chain,” Murtha said. “He can’t argue the legalities of this. He presented the AMR option and that worked really well for us in this community.”

When the discussion continued for several more minutes, Edmonds interjected, saying, “Until we hear from our legal counsel about what we need to do moving forward, we’re done here … We’ll produce whatever we find, sir. Thank you.”