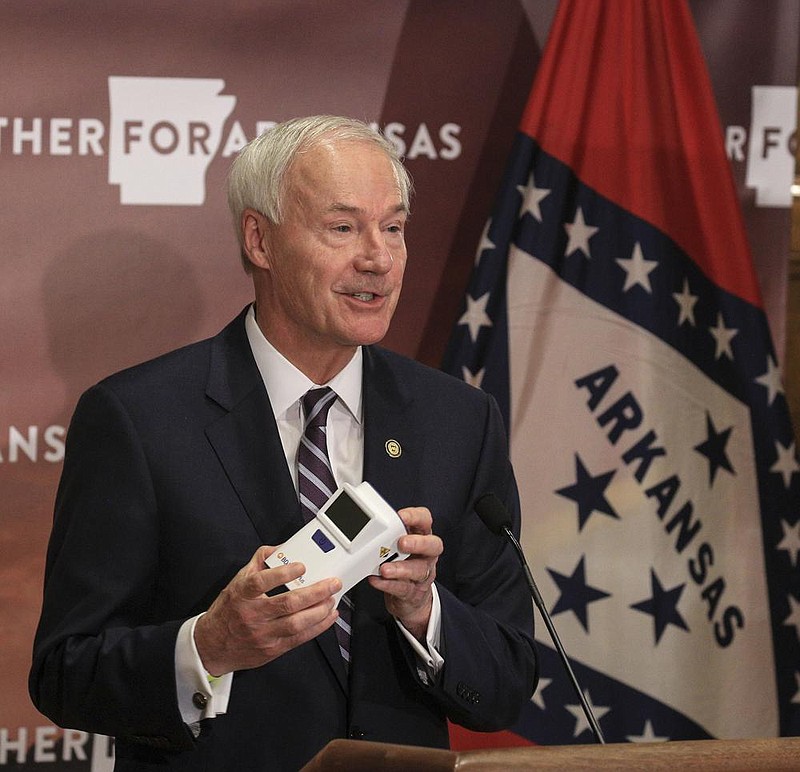 In all, 10 new cases were reported in the county Tuesday. Seven probable cases and 804 confirmed cases of the virus have been identified locally.

Altogether, 8,544 COVID-19 test results, both PCR and antigen, have returned from Union County to the ADH, including 7,729 negatives, indicating an overall local positivity rate among everyone tested for the virus of 9.5%.

Governor Asa Hutchinson provided the first weekly COVID update of the year Tuesday after ceasing daily updates last week. He said the state is working to find patterns in the number of cases reported each day.

“This is great news to greatly expand our testing in Arkansas,” he said.

The tests will be distributed to small rural hospitals, local health units and schools, Hutchinson said. Union County residents will have access to antigen testing at the Union County Health Unit, at 301 American Road.

He also said 139 probable deaths, including those who have COVID-19 included on their death certificate and those who had probable cases of the virus and died, have also been reported to the state.

The ADH reported 879,417 total COVID-19 tests returned statewide Tuesday, including 807,698 negatives, indicating an overall positivity rate for the state of 8.1%.