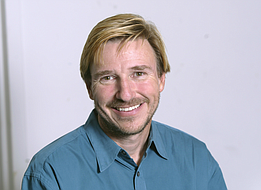 There’s a national group with a central Arkansas chapter called Braver Angels that has taken on the job of trying to get people with different political points of view to talk to each other. To come and reason together, and search for common ground.

I applaud what Braver Angels is trying to do while remaining skeptical. A lot of people are unreasonable about politics for the same reason a lot of people are rude to service industry workers—because they are deeply unhappy, which gives them license to act in this particular way in this particular situation. It’s not really the politics that has fomented the unpleasantness, it’s just that the unpleasantness seeks cover in political speech. And that goes for stridency of any stripe.

The Braver Angels folks probably understand that, and what they’re trying to do could also be described as developing ways of being gentle with—and kind to—those who have entangled their idea of self-worth in partisan politics who have lost sight of our common humanity and the fact that we’re all just trying to figure this out.

I’ve always tried to make a point of the primacy of private life. In a good society, politics ought to be boring. We ought to be suspicious of anyone who wants this sort of power, to always keep in mind that any time a person with a microphone tells us we’re smart he’s probably trying to swindle us. And any time he says we’re pretty, he’s probably trying to take advantage of us.

People are fragile, and subject to being spooked. We crowd together for protection and security and are naturally suspicious of those of other tribes, the not-us. We have gained dominion over the earth; we are capable of doing magic with our technologies and our art. Yet we who can map the stars and divide the atoms are still pitiably small inside. Because we are human, we hear voices in our heads.

We give these voices names— conscience, superego, God—and ascribe to them a wider knowledge than we would otherwise possess. We allow them to override the evidence of our senses. This is our fundamental irrational human nature.

This irrationality is beautiful and dangerous. It allows us to make intuitive leaps and connections and to create art. It also allows us to dismiss incontrovertible facts when these facts prove inconvenient. It can lead us to piece together notional narratives that support our personal vision of ourselves as the best, brightest and most deserving.

No matter how sure we feel about something, there’s a chance we can be wrong. All of us have all been fooled plenty of times. We will be fooled again.

And there is nothing evil in being wrong.

One of the places where we went wrong was when we started treating politics as entertainment instead of necessary but colorless business. Making politics like sports, with team colors and pep rallies and T-shirt cannons, with a lot of the news coverage devolving to results-oriented horse racestyle coverage, oversimplifies the nuanced and complicated nature of the world we live in.

And for all the perceived polarization of American politics, in reality we are a center-right country without a whole lot of ideological variety. Not even Bernie Sanders is a far-leftist by European standards, and while Donald Trump has extended his brand by smashing norms, it’s difficult to assign him any ideological label.

Policy probably means less than certain cultural considerations to voters in this country, and more votes are guided by advertising than substantial stances on issues. The only reason we’re as divided as we seem to be is because some savvy, amoral people have found ways to leverage tribal anxieties through the use of broad-brush scare words and the exploitation of grievance.

We are played by all sides, who want our votes and our attention. (This would be understood and accepted by more of us were it not for the insidious power of the parasocial bonds we make with our intellectual mascots.)

We have always been this way—neurotic, vain, wishful and self-obsessed—but it’s only been in the past 70 years or so that people began expecting the world to be a sensible, kind and generous place. Which it isn’t, and probably will never be, given that society is a Darwinian theater where the clever and ruthless prey on the well-meaning and ingenuous.

The sooner we understand and accept this, the better chance we have at being happy.

Which is achievable, no matter who is in the White House or asking us for a donation. Your happiness does not depend on the world being equitable or the rolling back of regulatory red tape. Maybe it depends on you doing what you can to mitigate the terrors of modern life and make the planet more fair and just, but Jesus said the poor will always be with us.

We can’t save the world, but maybe we can rescue an animal. We can do small kind things that matter in a community. We can find someone to love. Get out in the sun. Read good books. Talk to our neighbors. Under the circumstances, it’s encouraging that a group like Braver Angels can exist; cynics like me are ready to concede the myth of American exceptionalism.

Our greatest strength has always been that this is a big, diverse country where demographics can change rapidly, but I’m fairly certain that whatever it is, it can indeed happen here.

We are only as good as we are willing to be. And we can’t be great until we are good.