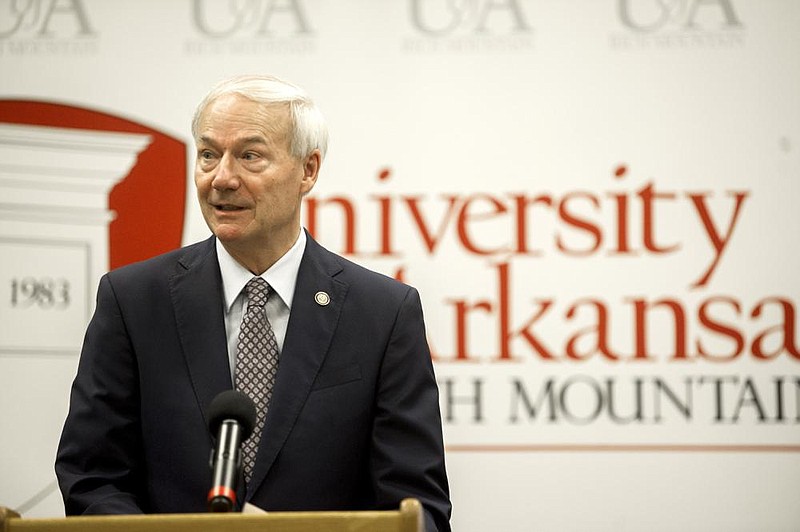 Governor Hutchinson addresses the media during a daily update on Arkansas’ response to COVID-19 on Friday, Sept. 11. The state had a record high number of cases with 1,107 cases in the last 24 hours, Hutchinson said. (Arkansas Democrat-Gazette / Stephen Swofford)

There were 14 new COVID-19 cases identified in Union County between Thursday and Friday, according to the Arkansas Department of Health, which reported 769 cumulative cases in the county Friday.

The number of local recoveries grew by 11 to reach 701. There were three more active cases in the county Friday than were Thursday; they represented 5.6% of the cumulative cases identified in the county.

No new local deaths attributable to COVID-19 were reported Friday. Twenty-five Union County residents have died as a result of the virus.

Thirteen Arkansans’ COVID-related deaths were reported Friday, bringing the state’s death toll to 953, indicating a state COVID mortality rate of 1.4%. There were 392 Arkansans hospitalized due to the virus Friday, representing no change from Thursday; and there were three fewer Arkansans on ventilator support Friday, 76 in all.

The ADH reported 7,801 new PCR COVID-19 test results Friday, indicating a one-day positivity rate for the state of 14.2% based on the number of new cases and results reported. So far in September, 69,969 PCR COVID test results have been reported to the ADH.

Since the state for the virus, 805,109 test results have been reported to the ADH, including 737,198 negatives, indicating an overall positivity rate for the state of 8.4%.