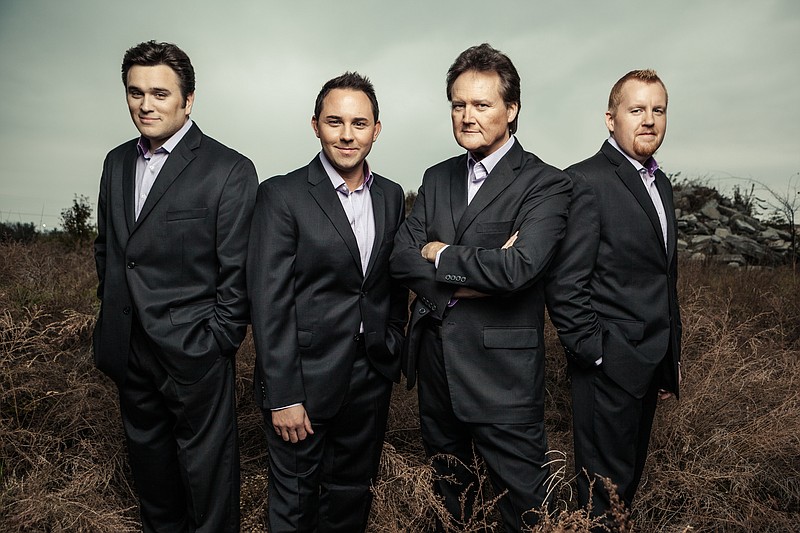 The Blackwood Quartet will perform “The Gospel Side of Elvis” on October 24 in El Dorado. (Contributed)

The year was 1934. Brothers Roy, Doyle and James Blackwood, along with Roy’s son R.W., formed what was to become among the most beloved gospel groups of all time, The Blackwood Brothers Quartet.

The band was featured on television on shows such as “Barbara Mandrell and the Mandrell Sisters,” “Hee Haw” and in 1954 on the “Arthur Godfrey Talent Show.”

A few weeks later that same year, tragedy struck when two members of the group, R.W. Blackwood and Bill Lyles, were killed in a plane crash. After the accident, many fans and critics alike believed that the quartet would not be able to go forth. However, as fate would have it, R.W.’s youngest brother, Cecil Blackwood, joined the group along with the bass singer, J.D. Sumner, silencing any doubts the public had about the quartet continuing to be a force in gospel music.

Cecil Blackwood was a childhood friend of Elvis Presley. They attended Sunday school together and formed their first gospel quartet called “The Songfellas” long before Elvis went on to become the King of Rock ‘n Roll. The association between the two families was lifelong.

In 1958, Elvis sent a plane to North Carolina and brought the Blackwoods to sing at his mother’s funeral. James Blackwood would sing “How Great Thou Art” at Elvis’ funeral.

Cecil Blackwood’s son, Mark, joined his family in the Blackwood Brothers Quartet in 1986. He sang lead for many years alongside his dad, Cecil, and many other talented singers.

Today, Mark Blackwood fronts The Blackwood Quartet and continues the tradition of his family and their association with Elvis Presley.

Bill Gaither said, “The Blackwood name is the best-known name in gospel music worldwide.”The group tours regularly and brings the word of Christ through song to both believers and non-believers.”