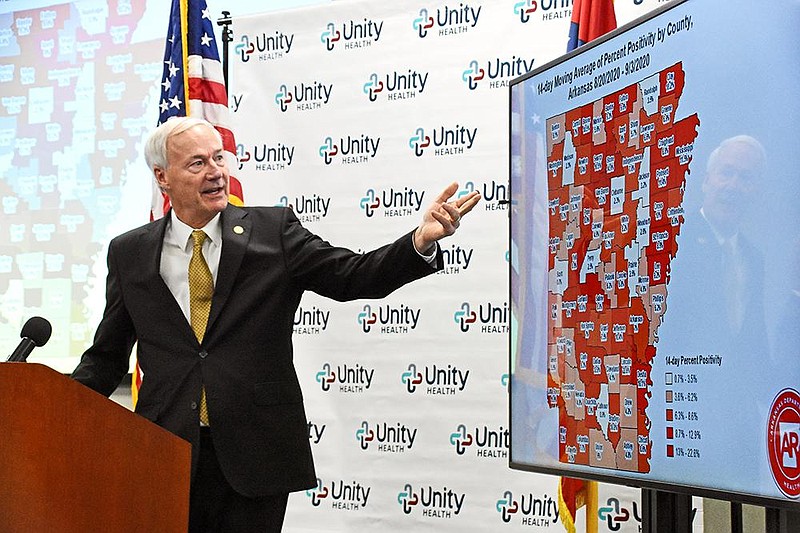 An Arkansas Department of Health spokesperson said there were 724 confirmed COVID-19 cases in Union County Saturday, representing an increase of three new cases since Friday.

The spokesperson said there were 646 Union County residents considered recovered from the virus, another increase of three from Friday. Active cases stayed steady Saturday at 57, representing 7.9% of the cumulative cases in the county.

No new local deaths attributable to COVID-19 were reported Saturday. Twenty-one Union County residents have died as a result of the virus.

According to a nursing home report produced by the ADH Friday, one new COVID-19 case was identified in a resident at Timberlane Health and Rehab between Thursday and Friday. Eleven residents there have contracted the virus, and one has died as a result of it. No other changes were reported at any of the other nursing homes in Union County where cases have been identified, which include Advanced Health and Rehab, Courtyard Healthcare and Rehabilitation and Hudson Memorial Nursing Homes, on Friday.

The Arkansas Center for Health Improvement released city-level COVID-19 data updated through Aug. 31 this week. Only cities with more than 10 cases show the enumeration of cases within the communities.

Fewer than 10 active cases remained in Junction City, Smackover and Strong on Aug. 31, according to the ACHI’s data. Cases had also been identified in Mount Holly, Norphlet and Lawson; some cases remained active in all of those cities as well.

The deaths of nine Arkansans that resulted from COVID-19 were reported Saturday, bringing the state’s death toll to 882, indicating a state COVID mortality rate of 1.4%. There were 16 fewer Arkansans hospitalized due to the virus Saturday, 385 in all; and there were eight fewer Arkansans on ventilator support Saturday, 76 in all.

The ADH reported 6,828 new COVID-19 test results Saturday, indicating a one-day positivity rate for the state of 7.5%. So far in September, 31,298 test results have returned to the ADH.