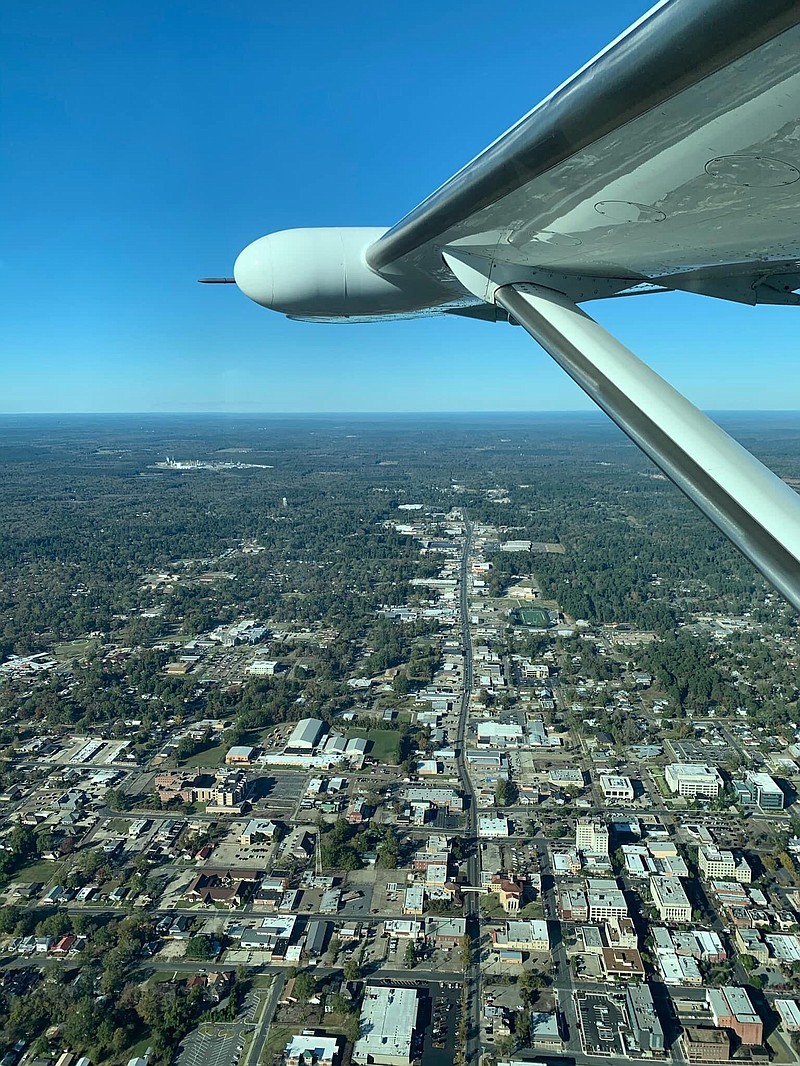 The length of West Avenue in El Dorado can be seen in this aerial photo, contributed to the News-Times by South Arkansas Regional Airport Manager Johnathan Estes.

Estes said the photo was taken at noon on Nov. 16. David Goldmitz, who was piloting a Cessna Grand Caravan (C208), took the photo during a noncritical stage of the flight and in part 91 operations (general flying rules) at an altitude of 3,000 feet.