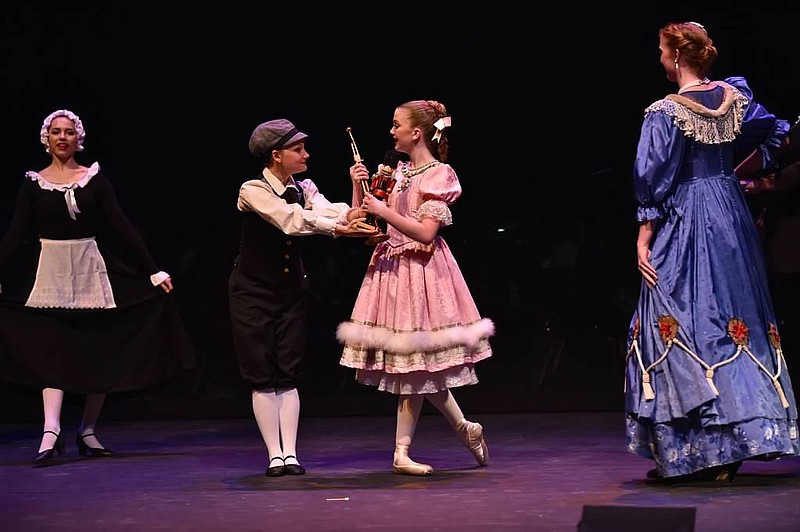 The South Arkansas Symphony Orchestra has announced the cancellation of two performances of Pyotr Ilyich Tchaikovsky’s “The Nutcracker”. The shows were scheduled for Nov. 28 but were cancelled in light of rising COVID-19 cases around the state. (Contributed)

The South Arkansas Symphony Orchestra announced Tuesday that it has pulled the plug on upcoming performances of Tchaikovsky’s “The Nutcracker.”

The holiday production had been slated for Nov. 28, with a matinee and an evening performance in the El Dorado Municipal Auditorium, and was to have opened SASO’s 2020 - 2021 “Season of Harmony.”

The orchestra had partnered with the Arkansas Festival Ballet to present the holiday classic.

In a press release, Sara Coffman, executive director of SASO, said organizers called the show after reviewing a coronavirus (COVID-19) risk assessment report that was issued Nov. 13 by the Arkansas Department of Health.

The report showed that 2,312 new coronavirus (COVID-19) cases were reported in the state last week, the highest number of new cases that had been recorded in Arkansas at that point.

Additionally, the number of people who had been hospitalized with COVID-19 also reached a new high last week, according to the report.

“Our musicians and the ballerinas were set to present this holiday classic. Our concerns are for the health and safety of our patrons and guests,” Coffman said.

The announcement of the cancellation comes days after the El Dorado Advertising and Promotion Commission approved $5,500 to assist with expenses for promoting The Nutcracker, printing playbills and cleaning and sanitizing the municipal auditorium.

Commissioners voted on the matter Nov. 12 and during the discussion, they expressed concern about the possibility that the show may be canceled amid another surge of COVID-19.

Coffman said then that ticket sales were going well, with buyers mostly coming from Little Rock. She also said ticket sales in South Arkansas, including Camden and Magnolia, had also started to pick up.

She also said COVID-19 health and safety guidelines had been instituted for the show, telling A&P commissioners that tickets would not be sold at the door, seating would be limited to 450 people per show and audience members would be grouped into pods.

“The Nutcracker” would have been SASO’s only show in 2020, she said, referring to cancellations and postponements of SASO shows and other local events this year because of the ongoing public health crisis.

The symphony typically presents seven to 12 events per season.

With the holidays approaching, Kermit Poling, music director for SASO, said the decision to cancel “The Nutcracker” was not easy.

“It is difficult to deprive the public of the wonderful composition of symphonic music and ballet, especially as we enter the holiday season,” Poling said.

“Our musicians and the Arkansas Festival Ballet were anticipating another great performance. However, this deadly virus has taken away another opportunity to deliver quality entertainment to music lovers across south Arkansas,” he continued. “Our community has always been supportive of the symphony and we know we can count on them again once this is over.”