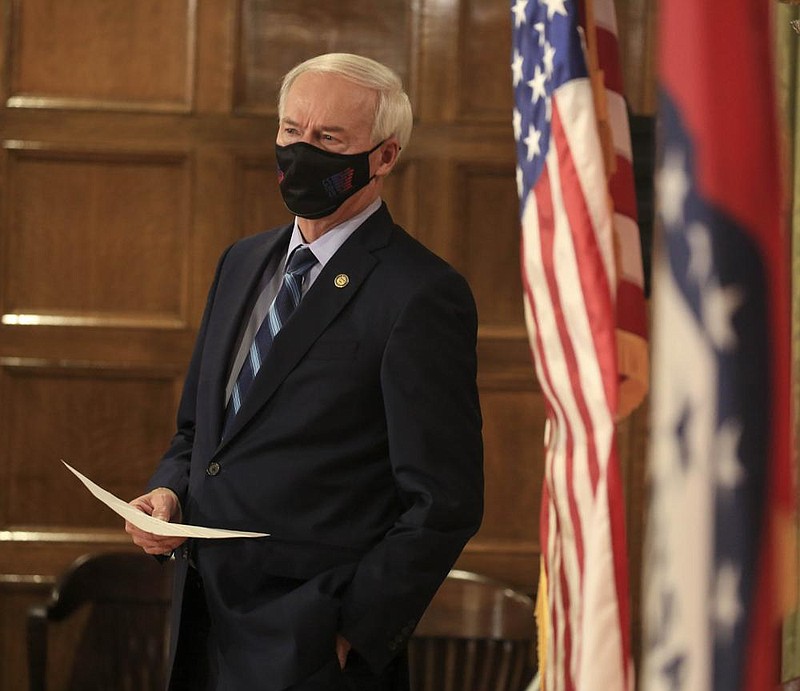 There were, cumulatively, 1,358 COVID-19 cases in Union County Tuesday, an increase of 11 from Monday, according to the Arkansas Department of Health. The cases in the county included 1,176 confirmed cases, up six from Monday, and 182 probable cases, up five from Monday.

Active cases in the county dropped by one Tuesday to reach 81, representing 6% of all the cases identified locally. The active cases in Union County on Tuesday included 59 confirmed cases and 22 probable cases. Local recoveries rose by 12 to reach 1,222 on Tuesday.

According to the report, at Courtyard, one resident case and two worker cases were active Monday; all three people tested positive for the virus in the last two weeks. The report also shows the death of an eighth resident; seven other residents died as a result of the virus during a previous outbreak at the facility. In total, 45 residents and 38 workers at Courtyard have contracted the virus.

A day after the state saw a record-setting number of deaths resulting from COVID-19 — 42 were reported Monday — ADH Secretary Dr. Jose Romero re-emphasized the danger those who reside in nursing homes and congregate settings face with regard to COVID.

“The majority of these cases (of death) have come from nursing homes and individuals in congregate living centers. They’re clearly a vulnerable population,” Romero said. “Our elderly in nursing homes and congregate facilities are vulnerable. Bringing them to your home may be a detriment to their health. I really think you need to consider this and consider postponing your Thanksgiving with them for their sake. It is for their safety … it’s a time to protect them and protect their lives.”

No new local deaths attributable to COVID-19 were reported on Tuesday. Fifty-five Union County residents have died as a result of the virus. In the Southwest public health region of the state, where Union County is located, 153 people were hospitalized because of COVID-19 on Tuesday, including 53 in intensive care units and 19 on ventilator support.

The ADH reported 14 new negative test results returned from Union County Tuesday, indicating a one-day local positivity rate of 44% based on the number of new cases and results reported. In all, 14,692 COVID-19 test results have returned from Union County, indicating an overall local positivity rate of 9.2%.

Gov. Asa Hutchinson acknowledged a new report from the White House Coronavirus Task Force, released Monday, that said “given the change in the slope in the last two weeks, post-Halloween … Arkansas is on the precipice of a rapid accelerating increase in cases which will be followed with new hospital admissions.”

“Now that’s a statement that will get your attention as a leader,” Hutchinson said. “We have to be mindful that if Arkansas continues at the present pace over the last two days, then Arkansas will have an additional 1,000 Arkansans that will die as a result of COVID-19 between now and Christmas.”

Romero emphasized the report, comparing the fight against COVID to a boulder rolling downhill.

“As is stated for the first time in very pointed language, we are on the precipice of a significant and possibly an uncontrollable rise in cases. This is like a boulder rolling down a hill; there will come a time when we cannot stop it. It will continue to escalate and eventually overwhelm our health care facilities,” Romero said. “Now is the time to act. I cannot stress enough the importance of the three W’s … wear your mask, wash your hands and watch your distance.”

Hutchinson said he will have a call with President-elect Joe Biden later this week in his role as Vice-chair of the National Association of Governors to discuss how Arkansas is tackling the pandemic.

“That call is set up so that Vice President Biden can get the information he needs from the states as his transition team starts to prepare for Jan. 20 and what we expect will be a necessary transition,” he said. “That is important from my standpoint, so that they’re aware of what we’re doing as a state and what other states are doing to fight this pandemic.”

He said his Winter COVID Task Force met Monday, and he expects to receive counsel and recommendations on issues such as hospital staffing and stopping community spread soon.

“We’re looking for areas that can help in our staffing issues in our hospitals; but also when you look at our COVID bed space, we’ve coordinated it regionally very well but we need to coordinate it statewide as things get tighter,” Hutchinson said.

Mike Moore, of the state’s Alcoholic Beverage Control office, said the department has conducted over 3,700 compliance checks in restaurants, bars and clubs around the state; that’s in addition to over 3,500 conducted by the ADH. Moore said that he’s seen a compliance rate of 93% with regards to the state’s COVID guidelines. However, he said that isn’t enough.

Most businesses not in compliance up to this point have received verbal warnings, Moore said, adding that that may not be the case going forward.

“Four months is a long time to be giving warnings, so I think what you’re going to see when we find people who are non-compliant, there’s going to be more accountability,” Moore said. “We just want to encourage folks, when you go out to eat, when you go out to clubs, please wear your masks, please practice social distancing.”

The number of Arkansans considered recovered from the virus grew to 117,068 Tuesday, up 1,443 from Monday. Active cases in the state increased by 91 to reach 16,576, representing 12.2% of all the state’s cases. The active cases in Arkansas Tuesday included 12,569 confirmed cases and 4,007 probable cases.

Hutchinson announced Tuesday that 20 more Arkansans had died as a result of the virus, bringing the state’s death toll to 2,245, indicating a state COVID mortality rate of 1.7%. There were 902 Arkansans hospitalized due to the virus Tuesday, including 346 in ICUs and 133 on ventilator support.