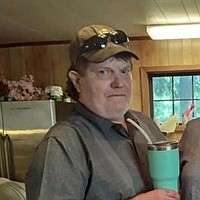 Willis Arthur “Artie” Jones, 54, of El Dorado passed away on November 12, 2020 at Medical Center of South Arkansas. He was born on September 14, 1966 to Dan Jones and Mary Bates Rea in El Dorado. Artie was an over road truck driver by trade, but in his free time he loved to hunt and fish.

Visitation will be held at 9:00 AM on Monday, November 16, 2020 at Smyrna Cemetery followed by Graveside Service at 10:00 AM officiated by Dale Temple under the direction of Perry’s Funeral Chapels. Serving as pallbearers will be Donald Sullivan, T.J Sullivan, Kenny Pruitt, Cody Jones, Grayson Temple, Peyton Sellars, Donnie Sullivan, and Emery Ray Ham. Honorary Samuel Sellars and Curtis Sellars.