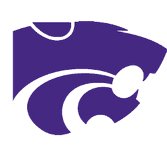 There aren’t many sports where boys and girls can directly compete against one another, but wrestling is one.

El Dorado will be starting its wrestling program in the 2020-21 school year with boys and girls teams, and it’s not unusual for boys and girls to wrestle against one another during the season.

“It’s extremely common,” El Dorado co-head coach Cherokee Streetman said. “A lot of times, teams will struggle to find depth, especially new and upcoming teams, so they don’t really have a split male and female team, and they’ll have to complete their roster with a female in a certain weight class.

“A lot of times when you go to a dual or a tournament, one or two of the people at that dual may be a female that you’re wrestling in your weight class. During the year, one thing male and female wrestlers have to understand is that they may have to wrestle each other just to get matches.”

In fact, up until this year’s state tournament, boys and girls were placed in one bracket together in their respective weight classes.

“Females up until this past year had only been wrestling in a male bracket. There was no female bracket,” Streetman said.

In the history of the sport, only two girls have won state titles with Beebe’s Destiny Nunez and Pulaski Academy’s Riley Holman accomplishing the feat.

Although there was a female bracket for the first time during this year’s state tournament, Holman elected to wrestle in the boys bracket, and she won the 1A-4A 120-pound state crown.

“She’s a heck of a competitor,” said Streetman, who saw her compete up close when he was coaching at Little Rock Christian.

“When I was at Little Rock Christian, she wrestled against several of our young men and did really well. Then once they decided to create a female division, I believe, and this is just my opinion, that she could do better. I believe that she is such a competitor that she wanted to compete with the boys and finish what she had started.”

But the possibility of having a girl wrestle in a boys bracket at the state tournament could be ending soon.

“It’s completely up to them, but this is the transitional period, and after that, I believe they’re going to a female tournament and a male tournament.”

El Dorado co-head coach Jimmy Johnson has first-hand experience with boys and girls competing against each other.

“I had one guy who wrestled in a tournament, and he ended up wrestling in the finals of the tournament, but in his third match, he was wrestling a girl that had already beaten two guys,” Johnson said.

“Does she want to wrestle the guy? Now the girl has the option of saying no, but they’re also probably going to get better competition and a chance to get better if they wrestle guys.”

But while boys and girls may wrestle each other in competition, Streetman said that usually doesn’t happen in practice.

El Dorado’s wrestling program may be in its infant stages, but Streetman is pleased that girls are showing more interest in the sport.

“It’s coming along, and I’m excited that the female side of it is growing,” Streetman said. “It’s awesome because one of the things that we want to do is grow the entire sport of wrestling as a whole. I think the state of Arkansas is doing really well with that.”