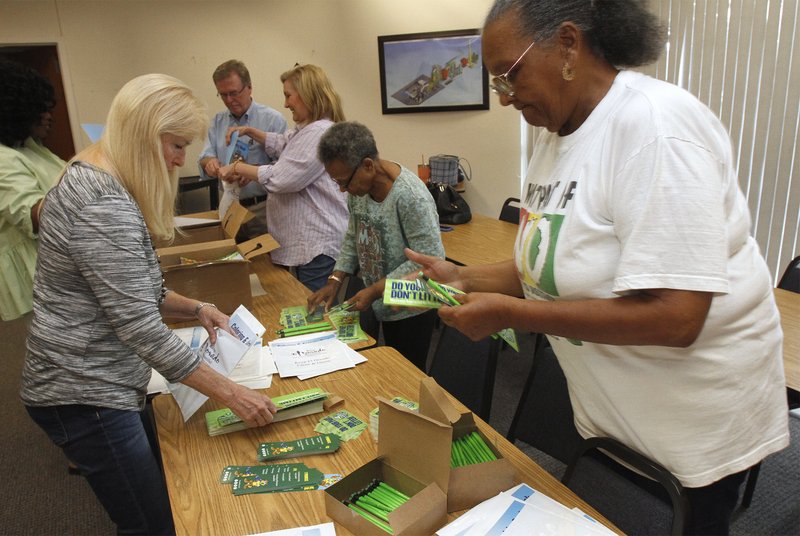 Like many operations around the world, 2020 activities have ground to a standstill for Keep El Dorado Beautiful due to the coronavirus (COVID-19) outbreak.

The pandemic has forced the postponements and cancellations of events and limited access to many public places as El Dorado residents have been asked to shelter in place and practice social distancing as much as possible to help slow the spread of the virus.

KEB responded in kind by canceling its regular monthly meeting, which had been set for March 16.

Janis Van Hook, KEB president, noted that this is the time of year that the group typically calls on El Dorado City Council members and other groups to begin coordinating community cleanups in their respective wards.

COVID-19 is not the only hurdle that is standing in the way of the start of the cleanups this year.

KEB previously announced that cash incentives will not be offered to groups who participate in the ward cleanups, which for the past two years, had been scheduled in each of the city’s four wards — one ward per quarter.

Clean Harbors had donated money to KEB to use as $300 cash incentives for volunteer groups — including youth athletic teams, church groups, nonprofit organizations and others — who participated in the cleanups.

Van Hook said KEB learned several weeks ago that Clean Harbors would not be able to include the funds in its budget this year.

She said KEB has since been bouncing around ideas to incentivize groups to participate in cleanups for 2020 and to be counted in the Keep Arkansas Beautiful Commission’s Great American Cleanup, which is typically scheduled for March 1 - May 31 each year.

Mark Camp, executive director of KAB, announced last week that the event has been extended until June 30 due to public health concerns that have been posed by COVID-19.

The extension will allow cleanup coordinators around the state the opportunity to assess their plans and determine if cleanup events should be rescheduled, Camp said.

“We want our statewide volunteers to make their best judgment and stay safe at this time,” he said. “As always, we appreciate all of you that work so hard to help keep Arkansas beautiful.”

In the meantime, Van Hook said KEB remains in a holding pattern on coordinating local efforts in order to participate in the statewide cleanup campaign.

“We were still in discussion and thinking of a way to get people hyped about it,” she said.

“We were going to use our March meeting to try to come up with a concrete plan, some kind of incentive to keep people involved,” Van Hook continued. “Right now, we’re kind of at a standstill until we can all meet and agree on something.”

Van Hook said KEB plans to act on long-discussed plans to reach out to other potential sponsors, including large and small businesses and churches, to assist with the cleanups and other KEB projects.

“We have a little money left in our treasury but we don’t want to spend it all and we want to use it for other projects, so if anyone who wants to contribute, they can come aboard,” she said.

Each year, KEB teams up with Northwest Elementary School/Environmental Academy to “Plant the Town Purple.”

KEB distributes hundreds of low-maintenance, “Wildcat Purple” plants to students, faculty and staff, who are encouraged to plant the flowers at home.

“We will move forward with our Earth Day project if school is back in by then,” Van Hook said.

Gov. Asa Hutchinson has shuttered Arkansas public schools until April 17 because of COVID-19.

Spring break is also scheduled this week for the El Dorado School District.