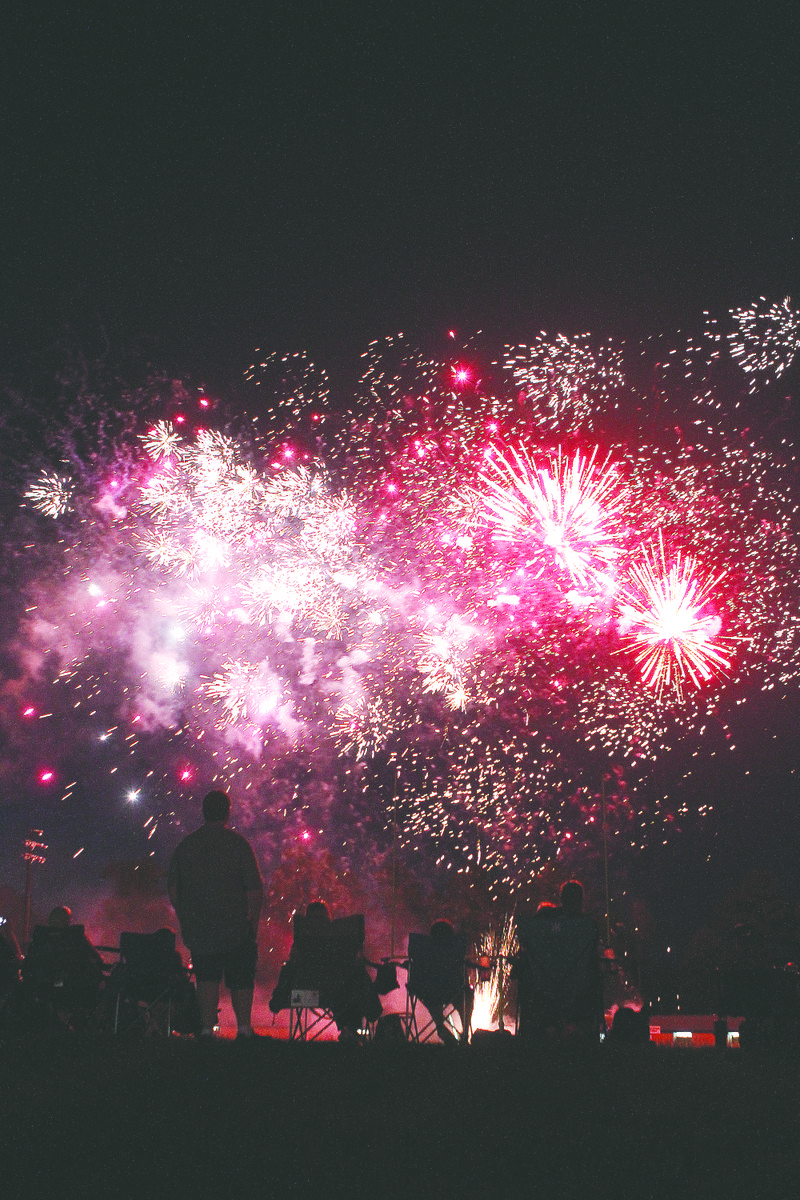 Independence Day is this Saturday, and El Dorado Fire Chief Chad Mosby offered some safety tips and reminders for Union County residents planning to engage with fireworks over the holiday.

“It’s illegal to pop fireworks in the city limits of El Dorado unless it’s done by professional firework technicians,” he said. “As far as the county goes, we’ve had a substantial amount of rainfall over the last weeks and months, so the county is not under a burn ban. It should be okay for people to find an open area out in the more rural areas to pop fireworks.”

Despite the recent rain making good conditions for fireworks, Mosby warned that residents should still be aware if they do choose to use fireworks on their own. Fires are still possible, as are injuries.

“We still need to use caution in using fireworks, because it doesn’t take much to start a grass fire or put someone’s stuff on fire,” he said. “They need to make sure they have a safe place to do it, where there’s no dry vegetation of combustible materials.”

According to the National Fire Protection Association, fireworks were the cause of almost 20,000 fires in 2018, including 1,900 structure fires, 500 vehicle fires and 17,100 other fires, causing 46 injuries, five deaths and $105 million of direct property damage.

Mosby said fireworks are not designed to be lit while in someone’s hand. The NFPA says that 32% of firework-related injuries were to people’s hands or arms (28% to hands and 4% to arms), making those areas some of the most likely body parts to be injured while using fireworks.

“The main thing when we’re dealing with fireworks is that they do have the chance of causing severe injuries, so we need to use them safely,” Mosby said. “Kids need to be supervised by an adult — a responsible adult — whenever they’re using fireworks.”

Citing the United States Consumer Product Safety Commission, the NFPA estimates that 9,100 people were treated at a hospital for fireworks related injuries in 2018; children under 15 years old accounted for 36% of those, more than a third.

Over the holiday weekend, law enforcement agencies will participate in a ‘Drive Sober or Get Pulled Over’ campaign. According to a press release from the Arkansas State Police, motorists should expect to see checkpoints and patrols on Arkansas highways and roads, and there will be zero tolerance for impaired driving.

“Making the choice to drink and drive can be deadly. It’s irresponsible behavior, and we will be out in full force to put a stop to it,” said Colonel Bill Bryant, director of the ASP and Gov. Asa Hutchinson’s Highway Safety Representative. “Make no mistake, if you’re caught drinking and driving, you will be arrested.”

Mosby noted that the Fourth of July is often a time when families and friends gather. He said he hopes Union County residents will be thoughtful when making plans for the holiday.

“People want to get together and have cookouts and parties celebrating the Fourth. We just need to remember to be safe and responsible,” he said. “Whether you’re going to be out on the highways or having get-togethers at home, don’t drink and drive, do what’s safe.”

A professional fireworks show will be held in El Dorado on Saturday at the Union County Fairgrounds starting at dusk. Attendees are asked to remain in or near their vehicles during the show in order to promote social distancing.