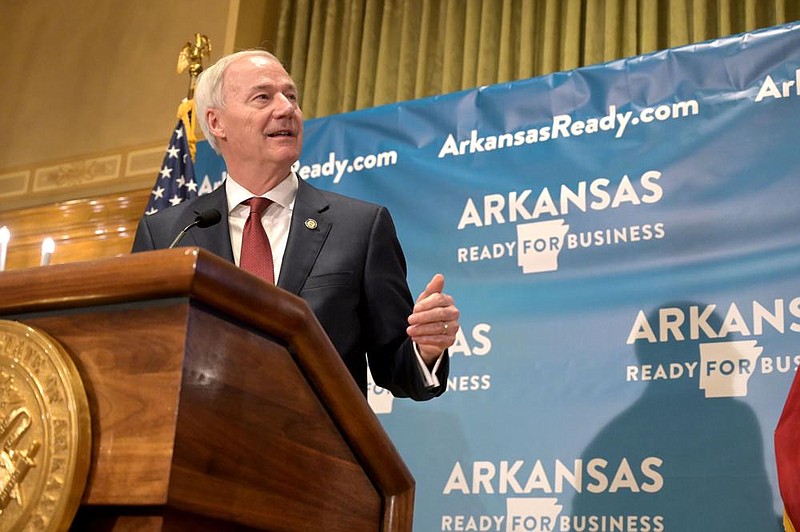 Governor Hutchinson addresses the media as he gives an update on Arkansas’ response to COVID-19 on Monday, June 29. (Arkansas Democrat-Gazette / Stephen Swofford)

Of those, 200 were considered recovered Monday, up four from Sunday. Local active cases decreased to 34 since there were more recoveries than new cases locally. Active cases represented 13.76% of the county’s number of cumulative cases on Monday.

No new deaths attributable to COVID-19 were reported Monday; in all, 13 Union County residents have died as a result of the virus.

The ADH reported 27 new negative test results returned from Union County. In all, the ADH has received results from 3,239 COVID-19 tests performed in Union County, 2,992 of which were negatives, indicating an overall positivity rate for the county of 7.62%.

According to the ADH, 81.5 tests are performed for every 1,000 Union County residents, making the testing rate locally 8.15%.

The number of cases in Arkansas has doubled in less than three weeks. It took nearly three months for the first 10,000 cases in the state to be identified after the first case was discovered on March 11.

One Arkansan died as a result of the virus between Sunday and Monday, bringing the state’s death toll to 265, indicating a state mortality rate of 1.30%. There were 300 Arkansans hospitalized due to the virus on Monday.

Gov. Asa Hutchinson said the ADH will be working with Alcoholic Beverage Control officers to enforce COVID-19 guidelines over the July 4 holiday this weekend.