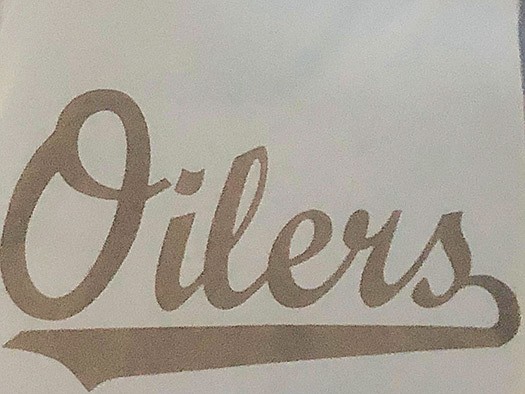 The El Dorado Oilers finished a tough weekend at the Texarkana Tournament with a pair of losses.

The Oilers fell to Sheridan 4-3 before being downed by Texarkana 11-4 in their final outing.

He allowed 10 hits and four runs with all of them being earned. He walked one and struck out two.

The Oilers led by a run on two occasions, but Sheridan took the lead for good with a run in the sixth.

The Oilers took their first lead in the second.

Braden Doherty led off with a base hit to right-center and stole second. He then took third on a passed ball.

Rhett Richardson walked and stole second to put runners at second and third, and Gabe Richard followed with a single to score Doherty with the tying run.

Chase Brumley then gave the Oilers their first lead with a sacrifice fly.

After Sheridan tied the game with a run in the third, the Oilers answered in the bottom half of the inning.

Tanner McLelland led off with a single to left.

With one out, Eubanks drilled a 1-2 pitch down the left-field line for a double to score McLelland to give the Oilers a 3-2 edge before Sheridan tied the game in the fourth and took the lead for good in the sixth.

In their final game against Texarkana, the Oilers overcame a 4-0 deficit to tie the game with a four-run third inning, but the Razorbacks promptly answered with seven runs in the bottom half of the inning to break the game open.

In the third, Josh Saulsbury, led off with a single and McLelland followed with a double down the left-field line that scored Saulsbury to get the Oilers on the scoreboard.

Brumley then followed with a double of his own to score McLelland, and Eubanks delivered the third double of the inning to score Brumley to pull the Oilers within a run.

Doherty then advanced Eubanks to third with a ground out, and Tyler Johnson bunted for a base hit to put runners at the corners.

Johnson stole second, but a passed ball on the play allowed Eubanks to score the tying run.

Saulsbury was 1-for-2 with one run scored, while Doherty and Johnson had one hit apiece with the latter adding a stolen base.

Ty Disotell took the loss after allowing nine runs with five being earned in 2 2/3 innings. He allowed five hits, walked three and struck out two.

Brumley allowed two runs in 1 1/3 innings. He allowed one hit and walked two.