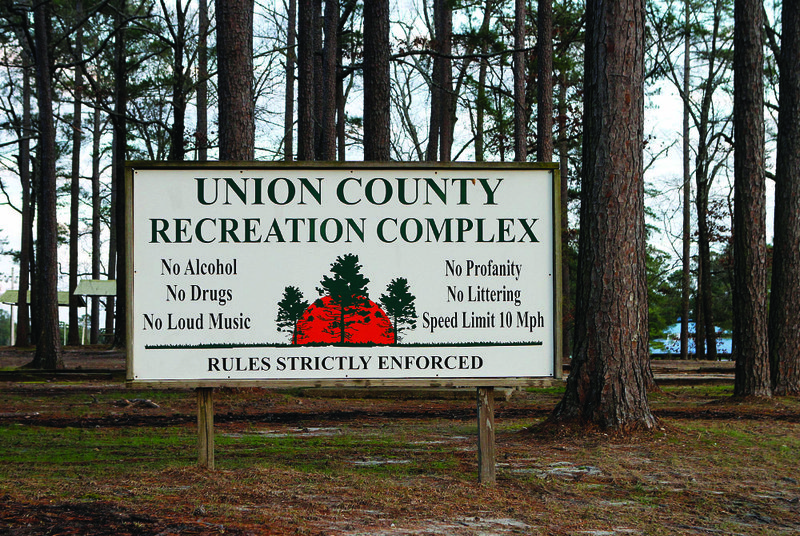 There have been extensive discussions surrounding the El Dorado Union County Recreation Complex in recent days, including during an El Dorado City Council meeting that grew contentious at one point and prompted a visibly upset council member to walk out before the meeting was adjourned.

Talks about the complex have covered a number of issues, including requests to re-open the facility as coronavirus (COVID-19) restrictions are relaxed; the authority and powers of the complex board of directors; and funding to complete the first phase of an ongoing improvement and expansion plan.

In January, the El Dorado City Council agreed to assume administrative duties of the complex, per a request from the Union County Quorum Court, with the county agreeing to contribute up to $100,000 toward the complex’s annual budget.

The new agreement also called for the dissolution of the complex board of directors but council members agreed to keep the board intact to continue oversight of the two-phase improvement and expansion plan.

Phase one was under way and nearing completion when city council members agreed to accept the quorum court’s proposal.

The city previously committed $2.6 million from the El Dorado Works tax toward the first phase of the master plan, which includes the completion of two existing youth baseball and softball fields and the construction of two new youth fields on the south end of the complex and the installation of turf, lighting and fencing on four older fields on the north end of the facility.

Phase one projects that have not been completed are construction of two new youth soccer fields and a new concessions plaza on the south side of the complex. Bids have been awarded for the projects.

Plans for phase two of the renovation consist of repaving and expanding the general and RV parking lots and possible construction of a new baseball field for older teens and adults.

The complex has been closed since early March due to COVID-19 under the direction of the Arkansas Activities Association.

Restrictions imposed by the state have since loosened and such facilities were allowed to re-open June 1, with health and safety guidelines in place.

In March, the city council placed a moratorium on spending for non-essential services because of economic challenges that have arisen due to the public health crisis. The measure included a suspension of a contract for services with the Boys and Girls Club of El Dorado to manage and operate the complex; the BGCE also has a contract with the complex to serve as concessionaire for the facility.

Robert Edmonds, director of public works for the city of El Dorado, and some city officials said in May that there had been calls from the community to open the complex back up but city council members agreed then to keep the complex closed.

Council members explained that they were awaiting an up-to-date finance report to assess how the 2020 city budget has been affected by COVID-19 and they were not sure if the city could afford to operate the complex until then. The council reiterated its stance during a specially-called meeting June 22.

Council Member Billy Blann, who favored re-opening the complex, said he wanted to determine who had the authority to open the facility to the public.

On June 22, city council members heard from the audience — including Greg Harrison, a UCQC member and chairman of the complex board and John Turbeville, former complex board chairman —, some of whom voiced their support of re-opening the complex and their frustrations with the council’s decision to keep the complex closed.

Turbeville told the council that similar facilities in surrounding areas, other parts of the state and in border states Louisiana and Texas were open for business and hosting tournaments.

The council also heard from David Lee, executive director of the BGCE, about an opportunity to host a large softball tournament that could draw dozens of teams. Though council members had agreed that the complex would remain closed, some spoke in favor of pursuing the tournament and potentially opening the complex just long enough to accommodate the tournament.

Edmonds and Harrison said city officials have since learned that the tournament has been scheduled in Texarkana.

On June 22, Blann asked council members to consider that the complex and the MAD Playscape, which was also funded by the El Dorado Works tax, are closed.

“The general public, as I see it, they’re chomping at the bits to get out and do something,” Blann said. “If we do decide that …, we will use caution, as we have been the last few months.”

He then pointed to questions about who oversees operations at the complex and referred to the 2001 interlocal agreement between the city and county, saying that the agreement gives the complex board “full and complete charge of said complex.”

“So that’s my question right now and I had a conversation with our public works director (Edmonds) and he disagreed with me on that,” Blann said.

“We agreed to keep that complex board intact. Did those rights roll over with them at that time?” Blann asked.

Several city officials said no, with Choate adding, “I would consider them a task force, an ad-hoc committee. Because of their unique ability to have been in place through this process, I think the wisdom of the council was let’s keep the same eyes on it and move forward.”

“And then after the completion of this project, at that point in time, we’ll sit down and see what we need to do to govern the complex going forward,” Choate continued. “It’s the old adage that you don’t change horses in the middle of a stream.”

Edmonds later said that the city is responsible for the administrative duties of the complex.

Blann made a motion to open the complex “as soon as possible” and the motion died due to the a lack of a second.

“The city has money invested in the complex, yet we’re cutting off a revenue stream. What’s the difference between the complex and opening Old City Park?” Turbeville asked from the audience.

Council Member Andre Rucks referred back to the council’s concerns about the effect of COVID-19 on the city budget and Choate said the potential for vandalism and security issues heighten concerns at the complex, noting that Old City Park is in a highly-visible, heavily-traveled area within city limits.

“There are some liability issues out there (the complex) that we do would not want to be involved in,” Choate said.

Blann later repeated his support of opening the complex and suggested that the council consider dipping into the city’s reserve coffers, if necessary, to cover operating expenses, “whether it’s $50,000 or $100,000.”

“Once we see our finances, we will be able to make a better decision on this,” said Council Member Dianne Hammond, who previously served on the complex board and worked on the El Dorado Works funding proposal to cover the master plan.

“To step out right now without knowing what our numbers are, I think, would be a disservice to the council and to our community,” Hammond said.

She then asked that the issue be added to the agenda for the council’s next Finance Committee meeting.

McGhee sharply opposed Blann’s suggestion to reach into city reserves, saying, “That is really a hypocrite statement there because me and Mr. Rucks — you have fought us tooth and nail for just a few dollars!”

Blann said he did not consider the reserve coffers to be a “slush fund” and he felt “it would be irresponsible on my part” not to try to meet the requests of local residents to open the complex, which serves the community.

She also said Blann should not have spoken on behalf of the council during the June 18 quorum court meeting.

“That’s not true. I was asking questions. I made no promises,” Blann said, adding, “I didn’t speak for the city council at the quorum court.”

McGhee also charged Blann with “bad-mouthing (Edmonds) and throwing him under the bus” in regard to the complex and the authority of the complex board.

“That didn’t happen,” he vehemently replied before walking out of the meeting.

Harrison later told the News-Times that the Quorum Court voted June 18 in support of re-opening the complex and Judge Mike Loftin asked Blann to relay the information to the city council, who met later the same day.