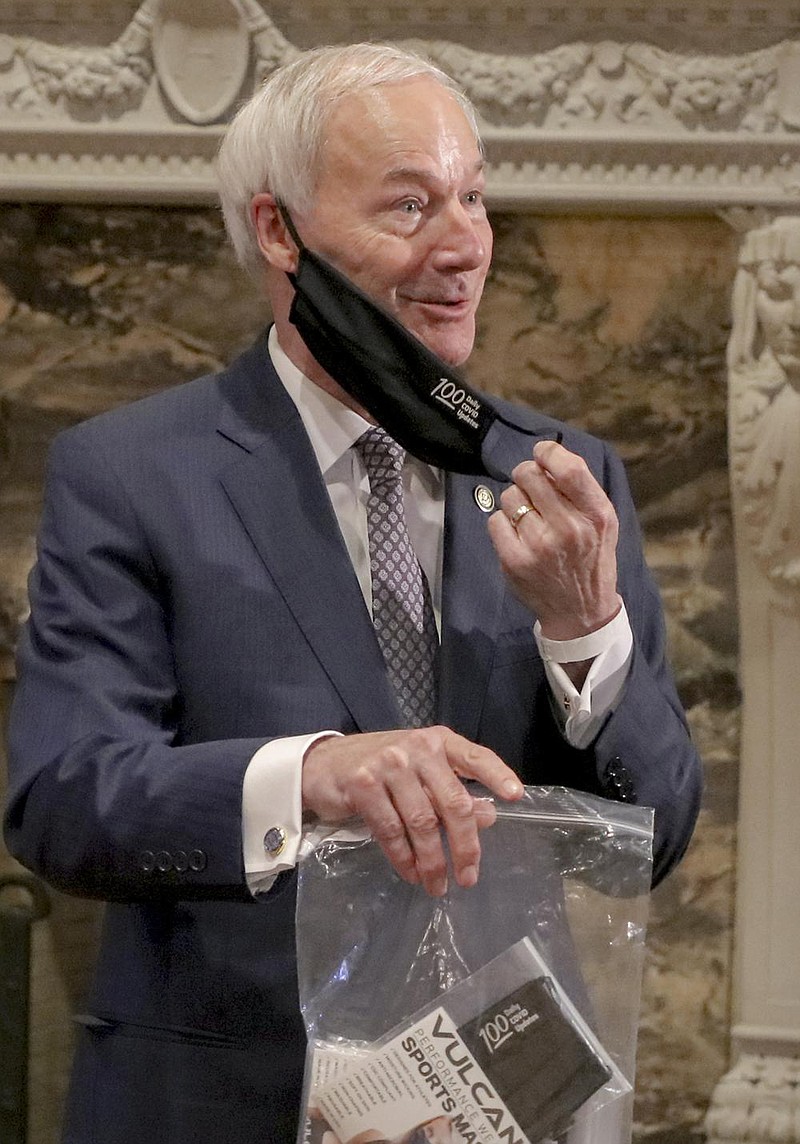 A press briefing to update the status of Arkansas’ COVID-19 response was held Thursday afternoon, July 9 in the Governor’s Conference Room at the state capitol. Governor Asa Hutchinson prepares to hand out masks to the media, marking his 100th COVID briefing. (Arkansas Democrat-Gazette/ John Sykes Jr.)

The Arkansas Department of Health reported two new cases of COVID-19 that had been identified in Union County by Thursday, bringing the county’s cumulative number of cases to 266.

No new local deaths attributable to COVID-19 were reported Thursday. Thirteen Union County residents have died as a result of the virus.

The ADH reported 53 new negative COVID-19 test results returned from Union County Thursday. In all, 3,469 results from the county have returned to the ADH, with 3,203 negatives, indicating an overall local positivity rate of 7.66%.

Arkansas saw its cumulative number of COVID-19 cases rise by 806 Thursday to reach 26,052. Thursday’s case increase represents the second-highest one-day increase in cases since the first COVID-19 case was identified in Arkansas on March 11. Of the COVID-19 cases in Arkansas, 19,992 were considered recovered Thursday, leaving 5,751 cases — 22.07% — active statewide.

Four Arkansans died as a result of the virus between Wednesday and Thursday, bringing the number of deaths attributable to COVID-19 in Arkansas to 309, indicating a state COVID mortality rate of 1.18%. There were 394 Arkansans hospitalized due to COVID-19 Thursday, up 36 from Wednesday, representing a record increase in hospitalizations, 82 of whom were on ventilator support, an increase of three from Wednesday.

Gov. Asa Hutchinson said Thursday that states must push back their planned first days to between Aug. 24 and 26. The El Dorado School District had planned to start their 2020/2021 school year on Aug. 13, as did other districts around the state.