Archery brings kids outside in the Natural State 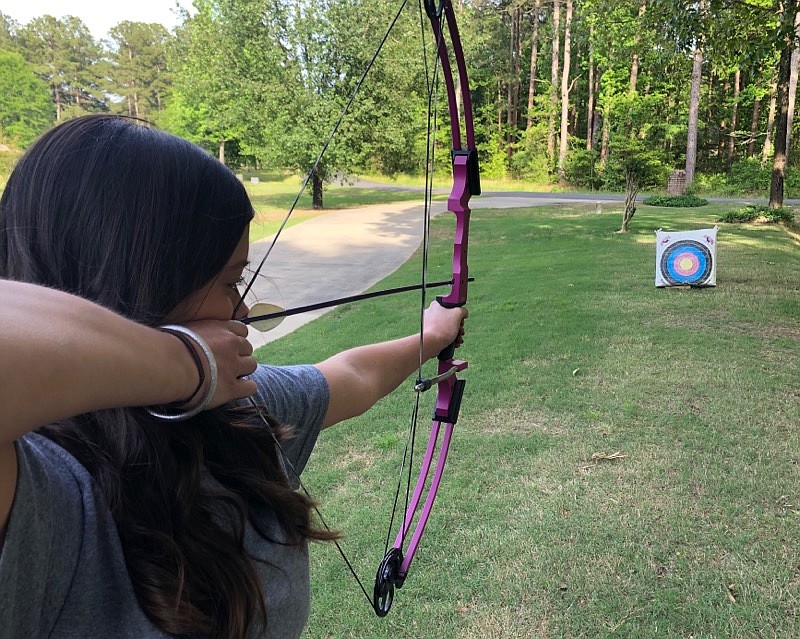 Archery has become a popular sport in Arkansas in recent years. El Dorado High Schooler Lynley Smith, pictured here, was the top archer in the state this year. (Contributed)

The sport of bow hunting has become increasingly popular in Arkansas. But more and more youngsters are picking up a bow and arrow with no interest in shooting for food.

The Arkansas Game & Fish Commission introduced the Arkansas National Archery in the Schools Program, which annually features regional and state competitions for students.

The NASP is an in-school program aimed at improving educational performance among students in grades 4th – 12th. And through it, students are learning focus, self-control, discipline, patience and the life lessons required to be successful in and out of the classroom.

Arkansas’ program was started in 2005. A full-time coordinator was put in place in 2008.

Curtis Gray, coordinator for the ANASP, said there are currently 551 schools that participated during the last school year with more than 57,000 students participating during their in-class curriculum.

There were just under 6,000 students that participated in the ANASP Regionals that were held on February 8 with the top 1,900 competing at Hot Springs on March 6 and 7.

“We award $15,000 in college scholarships to the top five senior boys and senior girls each year at the State Tournament,” said Gray. “The Arkansas Game & Fish Commission started ANASP to gain support from students for conservation efforts.”

“I hope local schools getting involved will grow the sport and all our county schools will get involved,” Smith said. 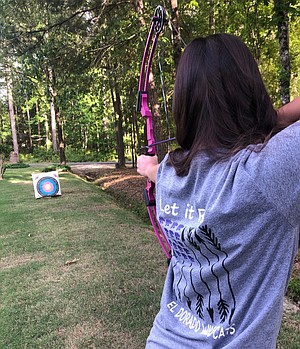 “Also, we hope that we can possibly recruit some new outdoor enthusiasts,” said Gray. “Another reason is that AGFC is charged with providing programs and benefits to the citizens, even though they may not hunt or fish. This is due to the conservation sales tax that all Arkansans pay. This is one of the programs that citizens in Arkansas enjoy and the youth benefit from because of the conservation tax. Participants do not pay to participate in ANASP. The tournaments are free to the students.”

In addition to the scholarship money, more incentives for participating could be coming from the collegiate level. Institutes of higher learning have started to put archery into their athletic curriculum.

“There are beginning to be several colleges and universities around the U.S. that offer archery scholarships to students,” Gray said. “Lyon College in Batesville is the first school in Arkansas to have an archery team and have aspirations of creating an Olympic Archer from here in Arkansas.”

Barton coach Scot Perry believes the sport is in El Dorado to stay.

“It’s not like you have to have somebody throw you a pass or hit you ground balls or get your rebound and feed it back to you,” he said. “That’s the thing about archery. If you have a place to shoot and a target and a bow with some arrows, you can do it on your own. It’s a self-discipline sport.”