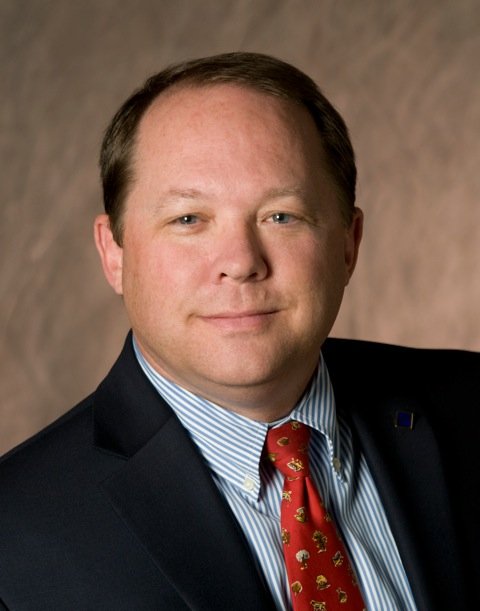 The South Arkansas Community College Board of Trustees met early yesterday morning to hold a hiring vote for the college’s new president after several months of searching for the right candidate.

The Board voted unanimously to extend an offer of employment to Dr. Bentley Wallace, who currently serves as the dean of the School of Technical and Professional Studies at the University of Arkansas – Pulaski Technical College and who was among three finalists for the position.

“We just voted today to extend a formal offer,” Board Vice Chair Gary Griffis said. “The official action is that we’re going to extend an offer.”

The decision comes after a months-long hiring process. Early on, the Board agreed to hire a search firm, RH Perry and Associates, to assist in the process. They consulted with the Board, SouthArk staff and faculty to assess the college’s needs and wants in a president before casting their net, said Heath Waldrop, SouthArk’s marketing and communications coordinator.

The search firm then narrowed the applicant pool to about 75 candidates based on their experience and qualifications as related to SouthArk’s needs. Waldrop said the search was international in scope and included the opportunity for applicants to submit their resumes directly to SouthArk.

“I think a lot of people are surprised by that, that we could pull someone from anywhere,” Waldrop said.

A search committee comprised of SouthArk Board members, SouthArk staff and faculty and members of the community-at-large then narrowed the field to 10 candidates who were each interviewed remotely through video calls, Waldrop said. After that, the list was narrowed again to three candidates: Wallace, of North Little Rock; Dr. Martin Reimer, of Iowa Falls, Iowa; and Dr. L. Dean Fisher of Corning, New York.

“It was a big process that the presidential search committee went through. The Board collaborated extremely well; we’ve had several meetings, discussing the pros and the cons, and in all respects, the Board agreed as a whole that he would be the best candidate, and I think the unanimous vote points to that,” Griffis said.

A series of public forums was held last month, giving each of the finalist candidates an opportunity to visit El Dorado and speak directly with students and other stakeholders in the hiring process.

Griffis said that throughout the hiring process, the Board internally discussed the various candidates at length and ultimately decided Wallace would be the best fit for SouthArk.

“He’s very outgoing and personable. The experience that he brings from being a part of the ASU [Arkansas State University] system and the U of A [University of Arkansas] system and the mindsets that he has around student success — we believe he’s the right pick,” Griffis said. “That whole process, the ranking and the feedback that had everybody’s input [the public forums], was very much pointed toward Dr. Wallace.”

Waldrop said Wallace plans to assume his duties as SouthArk president on Feb. 1, the day after Jones’s last.

“I believe Dr. Wallace will serve the college and community well. I have known Dr. Wallace for many years at both ASU Newport at UA-PTC,” Jones said. “I know that he is a ‘can-do’ person, a great communicator and has much experience in workforce development and career education. We will work to assure a smooth transition for the college.”

A contract still needs to be drawn up for Wallace and approved by Arkansas Attorney General Leslie Rutledge, as is standard in higher education throughout the state. In fiscal year 2018, Jones was paid a salary of $195,177, according to the Arkansas Democrat-Gazette, a salary which Board and search committee member Wayne Gibson said was near the top of salaries for community college presidents in Arkansas. She has since received a pay increase.

The advertised salary range for the position was $180,000 to $200,000, Griffis said. Gibson said he expects Wallace’s contract to be submitted to the AG soon, since the latter’s start date is imminent; however, he said there is no telling on how long its approval will take.

“We felt like Dr. Wallace, what he brought to the table was what we’ve been looking for in our next president of SouthArk,” Gibson said. “We certainly appreciate what Dr. Jones has done for the college in these past 10 years or so; she’s been very instrumental in the progress that the college has made — its leaps and bounds from where it was 10 years ago when she came.”

Wallace will be the fifth president in SouthArk history.

“We’ve been around for 27, almost 28 years … for us to have only had five presidents in that amount of time, I think that says something. I’ve heard anecdotally that some presidents don’t stay as long as ones we’ve had here,” Waldrop said. “I think it’s telling about a lot of things — probably community support, stability of the institution.”

In a statement provided to SouthArk, Wallace said he is honored to have the opportunity to serve students and the broader community of south Arkansas through his future work at SouthArk.

“I am very honored to be selected as the next president of South Arkansas Community College, and I appreciate the thorough process and diligence provided by the search committee, the Board of Trustees and the search firm. This is a wonderful opportunity to serve students, employers and communities throughout south Arkansas, in partnership with the distinguished faculty and staff at SouthArk, as we work together to realize the college’s mission of excellence in learning, teaching and service,” Wallace said in a statement.

According to a biography of Wallace supplied to the News-Times by SouthArk, his accomplishments at UA-PTC include facilitating the location of a firearms manufacturing facility to central Arkansas by providing the company, CZ USA, with customized workforce development options; creating the Workplace Essentials talent acquisition and training model, which has been recognized as a replicable best-practice for workforce development; and establishing the High Voltage Lineman Training Academy in response to a shortage of high voltage line workers in the state, among other successes.

In light of SouthArk’s focus on technical education, workforce development, soft skills and job readiness, Wallace’s experience is particularly relevant. Wallace earned undergraduate and graduate degrees at Arkansas State University before pursuing a doctorate in Human Resource and Workforce Development Education at the University of Arkansas at Fayetteville. He is originally from Mountain Home, Arkansas.

“SouthArk is a fantastic college, and El Dorado is such a vibrant and exciting place,” Wallace’s statement goes on. “As we visited El Dorado numerous times during the search process, everyone we met at the college, in restaurants and in shops were extremely friendly and welcoming. Our family is very excited as we plan our move to Union County and look forward to serving and getting to know our new friends and neighbors. We can’t wait to be there.”