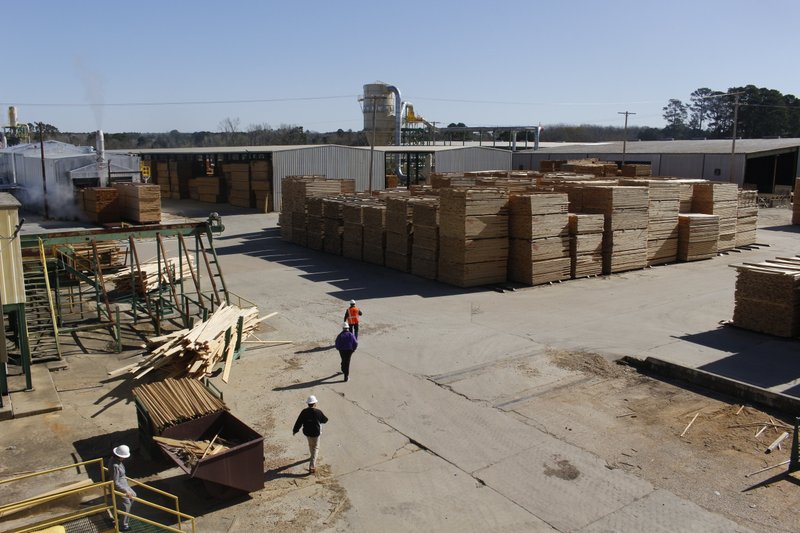 Conifex Timber announced this week that it intended to shut down its El Dorado plant. File photo

In August, Conifex Timber announced it was shuttering its El Dorado sawmill indefinitely, resulting in the loss of 92 jobs. Late last week, the Canadian timber company Resolute Forest Products announced it was purchasing three of Conifex’s U.S. sawmills, including the one in El Dorado, for a combined $163 million, plus an estimated $7 million in working capital.

“This transaction will provide immediate scale in the attractive U.S. South, with quality assets in a rich fiber basket, close to growing end-markets,” Yves Laflamme, president and chief executive office said in a release. “Scaling our lumber business forms a key part of our stated transformation strategy. This transaction will also diversify our lumber production: when operating to capacity, almost 25% of our production will be in the U.S. South.”

According to the release, the three sawmills produce construction-grade dimensional lumber and decking products from locally-sourced southern yellow pine for distribution within the U.S. The El Dorado facility has the capacity of 180 million board feet. The other two plants are located in Glenwood and in Cross City, Florida.

“Resolute expects that most employees currently associated with the three assets, including management, will remain with the organization and that they will be offered terms of employment on substantially similar terms, effective upon closing of the transaction,” the press release read.

Conifex purchased the sawmill, a former Georgia Pacific facility that had been closed for almost a decade, in 2015 for $21 million. The company put in $80 million worth of improvements and reopened it in 2017. When the plant reopened, Gov. Asa Hutchinson called the event an important one, not just for South Arkansas, but for the entire state.

“We regret this difficult decision, however lumber prices are simply too modest to justify continued operations at a site that requires further capital expenditures to realize its potential as an efficient, modern mill,” Conifex chair and CEO Ken Shields said in a statement in August when Conifex idled the plant. “While our wish is to restart the mill as soon we can, our immediate priorities are to identity the scope of a Phase 2 capital investment to help better inform a re-start date.”