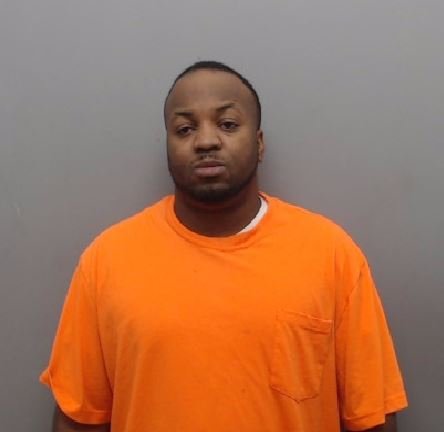 Jay Reginald Moody, 29, of El Dorado was arrested today on two counts of capital murder in connection to the killing of Marchella Modica-Champion, 22, of El Dorado and her child Jayceon, who was due to be born today.

An arrest has been made in the murder of Marchella Modica-Champion, 22, of El Dorado, Union County Sheriff Ricky Roberts announced today.

Jay Reginald Moody, 29, of El Dorado was arrested today and is currently being held at the Union County Detention Center on two counts of capital murder. His first appearance is scheduled for Tuesday.

Modica was discovered dead on Jan. 28 in an area near Wesson Road. Capt. Jeff Stinson, chief investigator for the Union County Sheriff’s Office, said the office received a call to respond to 250 Old Mill Road that morning in reference to “what appeared to be a body in a ditch.”

Stinson said deputies found Modica-Champion lying face down with two gunshot wounds in a ditch off Wesson Road. She was found to have been nine months pregnant at the time of her murder.

Deputies found what proved to be the location where Modica-Champion was shot about 250 yards away from the ditch where she was found. She was shot in a wooded area behind an abandoned home.

“One of the most important people in our ability to solve her murder was Marchella herself,” Stinson said. “Evidence suggests that at some point after she was shot, she stood up and walked out to where she was found before succumbing to her injuries. The location where Marchella was shot was so isolated that if she had not been so determined to live, so determined to find help for her and her unborn child, it would have taken weeks, if not months to locate her. This would have significantly limited the amount of evidence we recovered, due to the time that would have passed, and this evidence largely is what we used to find her killer.”

Stinson said that with witness testimony, physical evidence and digital evidence, investigators reconstructed Moody and Modica-Champion’s travels from the evening of Jan. 27, when she was killed, and linked Moody to her death.

Modica-Champion was due to have her child, Jayceon, today. Moody is charged with two counts of capital murder to account for both Jayceon and Modica-Champion.

Stinson said the investigation is still open and evidence is under examination at the Arkansas State Crime Lab. However, he said the UCSO is confident in their arrest of Moody and don’t anticipate additional arrests at this time.

“If more evidence develops as we go that leads us to any other persons of interest, we’re certainly going to be looking into that as well,” Stinson said.

Along with the UCSO, officers from the El Dorado Police SWAT team, Drug Task Force and Criminal Apprehension Division and the Arkansas State Police and members of the community assisted in identifying Moody as a suspect.

“To me, its significant that we made the arrest on Jayceon’s due date,” Roberts said. “Just going back and seeing her on the side of the road in the ditch and to get to where we are now, we’re excited, because we found justice for her.”

The case will be turned over to prosecutors with the 13th Judicial District, who will determine what Moody will be formally charged with.