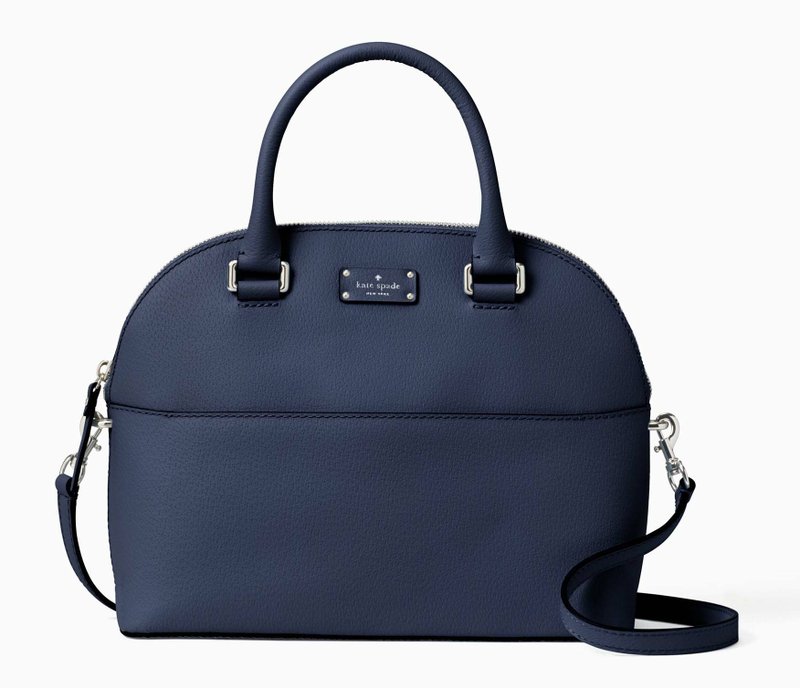 A black leather Kate Spade satchel and matching wallet will be available for Power of the Purse attendees to win. Attendees will be able to buy a ticket for a chance to win for $5 at the fundraiser.

The United Way of Union County is preparing for their sixth annual Power of the Purse fundraiser, and organizers are seeking purse donations for the event’s silent auction.

Proceeds from the event will go toward the Dolly Parton Imagination Library, which provides a free book to children each month from birth through age 5 and which 1,300 children in Union County currently benefit from.

“It’s important for us to do this fundraiser every year because number one, it raises awareness of the Dolly Parton Imagination Library. The number of children that could potentially be receiving books is way more than the 1,300 that currently participate, so we’re always trying to get the word out,” said United Way Executive Director Alexis Alexander. “In turn though, it costs us more the more children sign up. It costs about $25 per child per year, so that’s why we fundraise.”

The Imagination Library, through United Way’s involvement, provides books to participating families at no cost. Alexander said the fundraiser helps to ensure that no child is turned away from the program.

The Power of the Purse fundraiser started six years ago and has been a consistently successful fundraiser for United Way. Last year, the fundraiser raised $9,000, enough to support 360 children’s participation in the Imagination Library program.

This year’s fundraiser isn’t scheduled until April, but Alexander said United Way is currently seeking purses that can be added to the event’s silent auction, the main fundraiser of the night.

“We’ve found that some people can get a little competitive and some of our purses have gone for a lot more than we imagined,” Alexander said. “But that’s a good thing, because we know people care about the book program and they’re willing to give up a little more to get those purses.”

The United Way is asked for gently used or new purses in any style and/or material.

“Any kind of bag – a purse, a clutch, a shoulder bag. Really anything … Some are designer, name brand; some are more artisan, homemade. It works out really well when we do have a lot, because we can have them for every budget around; so we’re looking not just for high-end bags, but all bags,” Alexander said. “This is a time for spring cleaning, after the holidays … I’ve seen people cleaning out their closets, and so this is the perfect time to donate for our kids in the community to get some books.”

Alexander said the fundraiser was inspired by similar events held by other arms of the United Way across the country. She said both men and women often participate in the event and fundraising, though she typically sees more women.

“Bringing this kind of fundraiser together around women and around purses and around fashion, they’re inspired and motivated to support it because it helps children,” she said. “It’s putting books in the hands of kids, so a lot of times our participants are moms or grandmothers and their kids might have received the books and they want this opportunity to give back.”

The Power of the Purse fundraiser will be held April 23 from 6-9 p.m. at the Granite Club in El Dorado. The event will include performances from a yet to be determined local artist, a fashion show featuring local merchants’ goods and food.

Tickets will go on sale in the coming weeks. Individual tickets cost $35 and group tickets for businesses are also available. Those who attend will also have the opportunity to win a black Kate Spade leather satchel with a matching small wallet. Tickets for the chance to win are $5.

Those who would like to donate or to get information about the event should contact Alexander at 870-862-4903 or [email protected] Donations can also be dropped off at the United Way office at 200 N. Jefferson. Alexander noted that donations are tax deductible.

Parents can register their children for the Dolly Parton Imagination Library at imaginationlibrary.com.

“We want our children to have books in their home,” Alexander said. “We want them to have that to hold on to and read and to learn to love reading.”