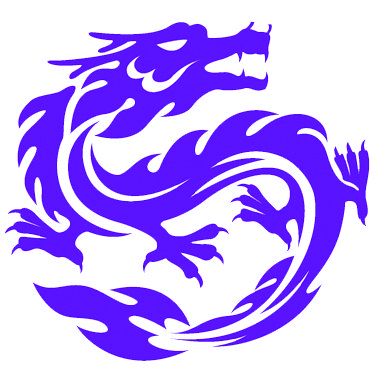 At the end of January, Junction City’s postseason prospects were up in the air.

The Dragons were upended at home by Bearden, which marked their third loss in six games and left Junction City in the middle of a logjam behind Parkers Chapel and Fordyce in the league standings.

But since then, the Dragons have righted the ship by winning four of their last five games to claim the No. 3 seed in next week’s district tournament heading into their regular-season finale tonight at Spring Hill.

And while the Dragons have played well down the stretch, the Bears upended 8-2A champion Parkers Chapel on the road to snap a four-game losing streak on Tuesday.

Add in that the Bears and Dragons could be pitted against each other with a berth in the regional tournament at stake next week, and tonight’s game certainly isn’t just another game on the docket.

“I don’t know if it concerns me,” Junction City coach Kendall Hutcheson said of possibly playing the Bears again next week. “What concerns me is you can get complacent. If we go in and win, maybe your guys think they’ve got it made. The flip side of that is if you lose, you give them all the confidence in the world. Spring Hill is a really good team. They’re playing with a lot of confidence.”

Strangely enough, the seeding for the district tournament is nearly set.

Woodlawn and Lafayette County meet tonight with the winner claiming the No. 4 seed and needing just one win in the district tournament to advance to the regional tournament.

Spring Hill will be seeded sixth and will need to top Bearden in order to face Junction City with a spot in the regional tournament on the line.

The Dragons have become accustomed to having to play three or four conference games a week through January and February thanks to the football team’s seemingly annual deep postseason run that doesn’t end until mid-December, but tonight’s game at Spring Hill is the only one the Dragons are playing this week, giving Hutcheson and his team rare time to practice.

“We really haven’t cut back,” Hutcheson said when asked if he had given his players some rest after their whirlwind run through the 8-2A. “We’ve had time to work on things that we normally don’t get the chance to practice on.”

Junction City got off to a good start in conference play by winning three of their first four games, but the 3-3 stretch left them at 6-4 and their potential postseason picture was unclear.

However, the Dragons have been dominant in their three-game winning streak.

Junction City beat Fordyce 58-46 last week in a showdown that could be a prelude to another potential third meeting next week in the semifinals of the district tournament should the Dragons advance thanks to the Redbugs being the No. 2 seed.

The Dragons then rolled to wins by 27 points at Hampton and 17 points at Harmony Grove to cap a perfect week.

“We beat Fordyce. We beat Grove and Hampton on the road, and they’re tough to beat there. We’re playing with a lot of confidence right now.”