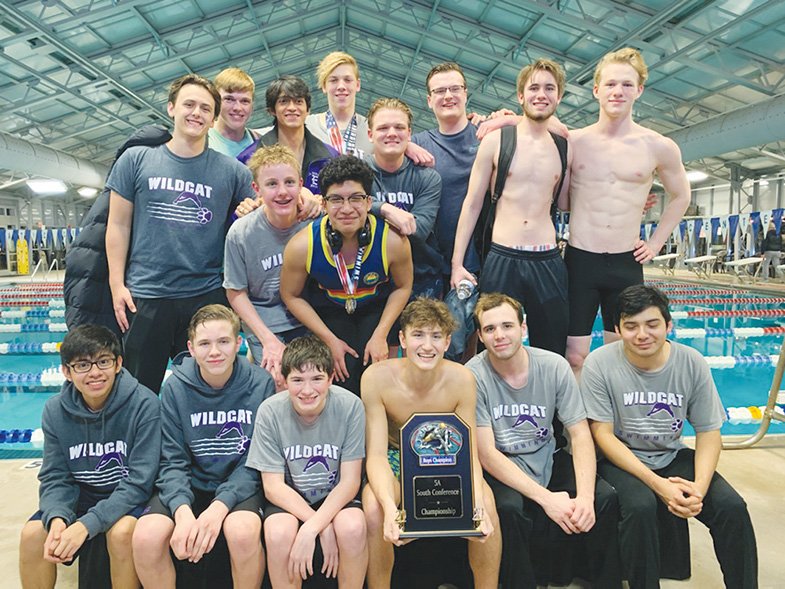 Contributed Photo El Dorado's boys swim team poses with the trophy after winning the 5A South title earlier this week. El Dorado finished with 436 points to knock off Lake Hamilton and Benton.

“It means the world to the program. This season has inspired not only our own swimmers, but hopefully upcoming ones. Many of our athletes came into the program with very little to no competitive swimming background. It was a learning process. Having our returning swimmers to help hold each other accountable helped us reach many PRs,” Canady said.

“Winning the conference championship is evidence that our hard work paid off. Our swim team has united as a family and we believe that this has been a major key to our success as well. Our swim team success wasn’t done alone.

“We’ve had many parents, coaches, and friends help along the way and we’re very appreciative of them.”

Payton Allman was second in the 100 freestyle and Luke Utsch finished third in the 100 butterfly.

Aleck Ramirez, Utsch, Gati and Allman teamed up to win the 200 freestyle relay.