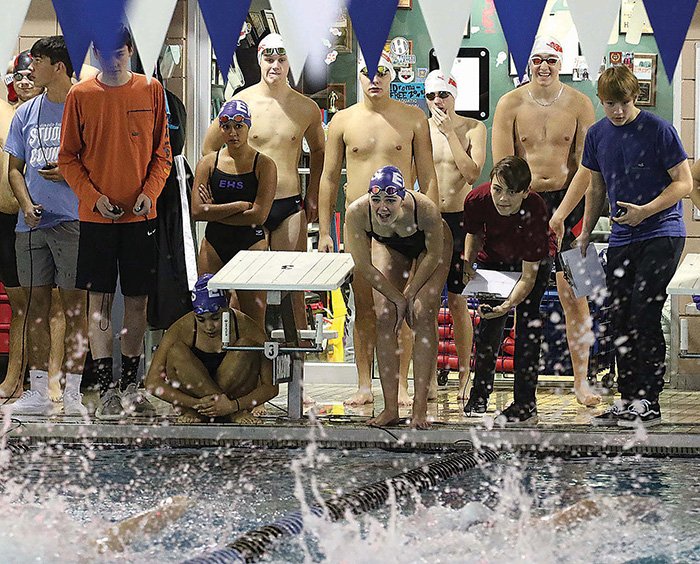 Siandhara Bonnet/News-Times Members of the El Dorado swim team cheer on their teammates during the boys 200-yard medley relay at a meet last month. The Wildcats and Lady Wildcats competed at the Old South’s Last Chance Swim Meet, hosted by Bryant High School on Thursday.

Junior Abigail Thompson turned in a state-qualifying time in the 50-yard freestyle.

She was also fifth in the 100 freestyle.

The Wildcats’ 200-yard freestyle relay turned in the best performance, taking first in a time of 1:39.28.