One story, many voices 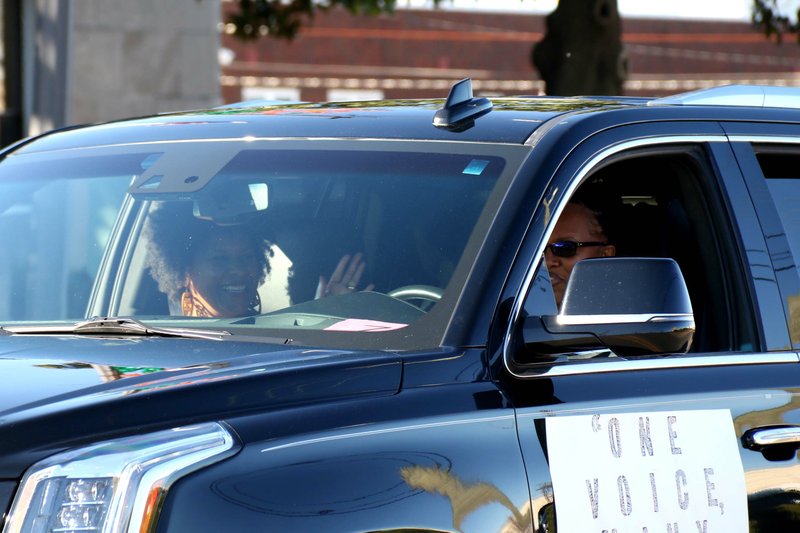 Three African American women all wanted the same thing: to serve and help others.

Now in those positions, they work to be the best they can be.

In February 2011, Earlene Burns felt the call to ministry.

She said, though, that female ministers weren’t accepted at her home Baptist church. Today, she still faces adversity and gender discrimination.

“There’s been a lot of tears because of the discrimination,” Burns said. “It used to really hurt, but it’s better now. I don’t let it affect me.”

However, Burns didn’t always know she would work in ministry. She went to college to become an English teacher.

Burns grew up going to school in Norphlet and said she wanted to become a teacher after taking a home economics class. After being a little back and forth on whether or not she would go to college, she graduated with a degree in secondary English education and minored in special education.

Burns said while she was there, though, God came to her in a dream to go for it.

It wasn’t until 2011, though, 25 years into her teaching special education students at Barton Junior High School, that she accepted her call.

Her home church wasn’t the only one that rejected her, though, it was other Baptist churches, too. She’s still rejected by some churches to preach, but is sometimes welcomed as a speaker.

In 2014, the first black, older Baptist pastor accepted Burns as a woman preacher and invited her up to the pulpit.

“It brought tears to my eyes when he announced to the church that he really believed that God had called on me to preach,” Burns said.

She said she will speak at multiple churches in multiple denominations in El Dorado, South Arkansas and Louisiana.

Some churches, though, once they find out Burns is a woman preacher, they revoke their invitation to speak. However, she said she turns to her faith in God and Romans 2:28.

She said she knows she had to go through the discrimination and the suffering in order to be able to be His vessel.

“I have toughened up and I really now, I don’t care what people say because I know that God called me, and I’m going to keep preaching no matter what,” Burns said. “I just wish people really knew that God really does call women, and if you don’t believe it, just go hear one, especially one that’s been called by God. If you can tell that he called a man, you ought to be able to tell that he called a woman.”

Superintendent Kimberly Thomas never thought she would be the superintendent of the school district she graduated from, but knew she wanted to be a teacher.

“Once I started college and took my classes in education, I never changed my major,” she said.

Thomas said she grew up with African American teachers in every stage of school.

She said, though, that being able to have a superintendent of color to look up to helped show her what she could be become.

After she graduated from college, Thomas looked for jobs in the south Arkansas area, but ended up spending her first year teaching in Louisiana. One year later, she was teaching 1st graders in Strong.

Five years later, she moved into the El Dorado School District, later became a principal at Retta Brown and then a counselor at the high school.

“It’s required a lot of work on my part,” Thomas said.

Thomas has gone back to school a number of times to receive different certifications and degrees.

She said she’s always learning and growing, and education is always changing.

Thomas said she thinks it’s very important for people to have an opportunity to see themselves and opens peoples’ minds that they can achieve their goals, too. She also said she recognizes that she has this responsibility, too.

“It’s one that I don’t take lightly because I know that others are watching me and they expect great things for me and I have high expectations for myself,” Thomas said. “I just hope that my journey in education encourages others to set goals, work hard and to never give up on (their) dreams because dreams come true with hard work, dedication and a strong sense of commitment to achieve a goal.”

Mayor Veronica Smith-Creer didn’t have any political aspirations growing up — she wanted to be a teacher.

Once she became a substitute teacher, though, she decided there was too much politics in the school system, ironically enough.

As she worked with her husband in his business, though, she was able to serve the community in a number of different capacities, so much so that she was nicknamed “mayor.”

After her younger sister died in 2017, Smith-Creer said she gave herself until Christmas day of the same year to decide if she was going to run for the actual position.

During her campaign, Smith-Creer said she didn’t face much adversity from her male opponents, nor did she expect it. She didn’t expect it from women, either, but to her surprise, that’s who questioned her most.

Smith-Creer said women mostly asked if she was sure she wanted to run, but never in an ill-mannered way.

“I think it’s the nurturing side of us, you don’t want to see women get wrecked,” she said.

Smith-Creer said she tried not to think about if she won she would be both the first woman and first person of color as mayor because it was “a lot,” but it also means a lot to go in the “her”story books.

That being said, she doesn’t want her race, or gender, to define her and her position.

She would rather her work speak for herself.