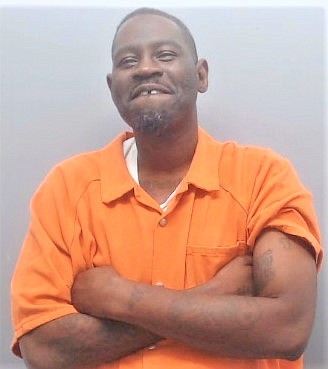 An El Dorado man is expected to appear today in 35th Judicial District Court on several felony charges stemming from a shooting that occurred earlier this month.

Police said Coleman sustained a severe flesh wound but his injuries were not life-threatening.

Gill faces charges of first-degree battery, possession of a firearm by certain persons and an enhanced charge of felony with a firearm.

He was also arrested on a separate charge of parole violation, for which he was to have appeared in court Tuesday.

He is scheduled for a first appearance hearing in district court today on the former three charges.

On Dec. 7, officers responded to a report of a gunshot victim at Medical Center of South Arkansas.

A witness, Coleman’s brother, told police that Coleman called him and told him to come outside their residence in the 200 block of South Smith Avenue because a man was following Coleman and shouting at him.

The witness said he went outside and saw a man, later identified as Gill, standing near Coleman. Coleman’s brother said he confronted Gill, who did not respond.

The brothers then began walking away and they heard a gunshot as they headed toward their garage, the witness said.

The witness told police they took cover behind the garage and he called a relative who drove them to the hospital.

While speaking with officers at MCSA, Coleman told them that he was walking home from a relative’s residence in the 200 block of Stuart and was nearing the intersection at East Main when Gill began following him.

He noted that the incident occurred between 8 and 9 p.m.

Coleman said he confronted Gill once he arrived at his residence on South Smith.

Police said Coleman and the witness provided similar accounts of the incident, with Coleman adding that he was struck in the back by a bullet as the pair ran after hearing the gunshot.

He said continued running without looking back so he did not see which direction Gill headed when he left the scene.

Coleman was treated and released from MCSA.

During an interview with detectives on Monday, Gill admitted shooting Coleman after the pair had gotten into a physical altercation.

Investigators said the gun that was believed to have been used in the shooting was recovered inside a storage trailer in the 1300 block of North Roselawn Avenue.