Active cases back up with 15 new local cases confirmed 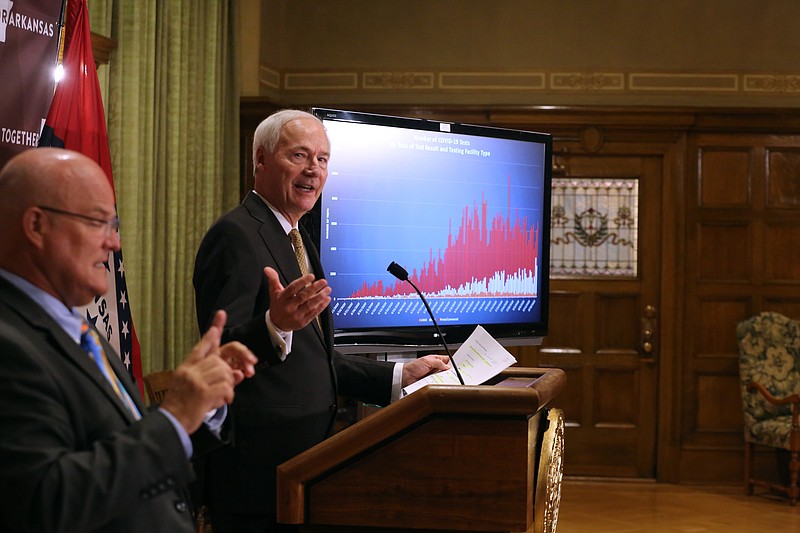 There were 10 new recoveries reported for Union County Friday, making 528 total. Active cases increased by five to reach 63, representing 10.29% of the cumulative total in the county.

No new local deaths attributable to COVID-19 were reported Friday. Twenty-one Union County residents have died as a result of the virus.

The ADH reported 30 new negative test results returned for Union County Friday, indicating a one-day local positivity rate of 33.33% based on the number of new cases and results reported. In all, 6,964 COVID-19 test results have returned from Union County, with 6,352 negatives, indicating an overall local positivity rate of 8.88%.

Governor Asa Hutchinson reported the state’s largest increase in deaths resulting from COVID-19 yet Friday; 22 Arkansans were added to the state’s death toll, which reached 663, indicating a state COVID mortality rate of 1.19%.

The number of Arkansans hospitalized due to the virus rose by 10 Friday to 509, and the number of state residents on ventilator support increased by 12 to 120.

“We consider that to be good news for Arkansas and the recovery of our economy,” he said.

He also noted the fluctuations seen in the number of new cases added to the state’s cumulative total over the week; since last Friday, new cases have ranged from as low as 410 reported Tuesday to the 887 reported yesterday. Hutchinson said he believes the variance could be caused by people attending large group gatherings in communities.

“That is not smart; it is not good. And it leads to cases, and that leads to deaths. We have to be mindful of this. We’re not back to normal. We have more work to be done,” Hutchinson said. “Please make sure that the environment you go to, you think it through. … You need to have the team effort in wearing a mask.”

“Just be careful, use common sense, and we can work together to reduce those cases,” he said.