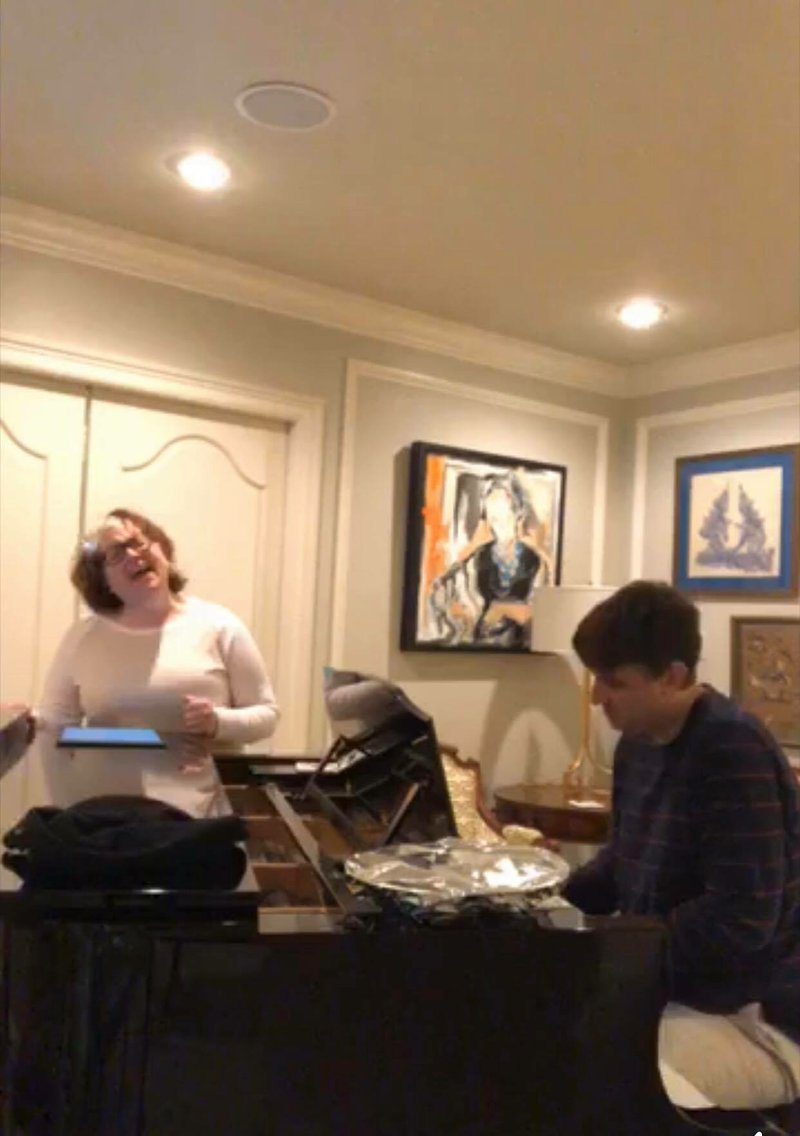 Amy Allen needed to have a concert.

When she saw Nelson host an online concert taking virtual tips, she wanted to do the same and put the money toward a mission.

“I would say for the past two three years, any time I make money playing music, I donate it to a cause, whether it be UCAPS or anything that’s on my heart,” Allen said. “I just feel like God gave me this gift and I am fortunate enough today to be able to use my gift to help others.”

When she came across The Rev. Robert Wetherington’s March 19 post on St. Mary’s Episcopal Church’s Facebook page about starting up a drive-thru food pantry for Union County families, she knew that’s what she needed to put the money toward.

St. Mary’s partnered with IHS to make prepackaged food bags for families who only need to present proof of name and address.

“Families on the financial edge will be hardest hit as the economic impact of COVID-19 response fully emerges,” the post states. “That translates into more families needing help with basic necessities more often.”

According to Feeding America, 20% of Union County suffered from food insecurity in 2017.

In 2018, 14.3 million U.S. households were food insecure, according to the United States Department of Agriculture.

“These are unprecedented times for American families who are facing joblessness and hunger,” said U.S. Sec. of Agriculture Sonny Perdue in the release. “USDA is providing a 40% increase in SNAP benefits to ensure that low-income individuals have enough food to feed themselves and their families during this national emergency.”

According to the release, a five person household currently receives the maximum benefit of $528. With this increase, they would receive an additional $240 monthly in food purchasing power.

As St. Mary’s congregation and other churches and members of the community raised funds to help those who would be in need in late March, Allen and her brother-in-law, and neighbor, hosted their own virtual concert to raise funds as well.

“We came to my garage and just had fun singing songs, badgering back and forth with the people that were online,” Allen said. “The next thing you know, I think we raised somewhere around $7,000. They started trickling in, checks started trickling in.”

At one point, Allen said there were about 200 or more viewers watching from the county to Illinois and Tennessee, friends and followers from her music career, which spans almost three decades.

While growing up in El Dorado, Allen’s grandmother fostered music appreciation in her with greats like BB King and The Rolling Stones. She was even a singing angel in the children’s choir at the First Christian Church in El Dorado.

Over the years, she took to the stage, joined bands and musical groups and played across the state, Louisiana and Texas.

In 1995, Allen moved to Nashville to pursue her solo career and spent almost a decade there. In that time, she recorded her first album “Night Vision” and pursued songwriting. Once she had a couple of kids, she returned to El Dorado and her music took somewhat of a hiatus until she was hired by the First Presbyterian Church to be their children’s choir director.

In 2013, after a divorce and when her children were a little more grown up, music took a front row seat and Allen traveled back and forth to Nashville to record the album “Someday is Today” on her own record label Wormwood Records.

Now, Allen is back with her family, and she and her partner have a company called the Just Give Movement where they’re able to host concerts and donate the money to nonprofits and organizations like IHS, UCAPS and the South Arkansas Arts Center where Allen teaches the glee club.

“Wherever funds are needed and wherever God’s calling me to use my music is how I use it today, it’s to help others,” Allen said. “I have enjoyed every second of my ride and continue to every day. This is a success story.”

She said she wants to thank everyone who takes the time to listen to her music and follow her on her music journey.

Allen doesn’t currently have any other concerts, virtual or otherwise, on her schedule, but said she is open to singing wherever and however her music can help.

Allen’s albums are available on iTunes and Amazon music.