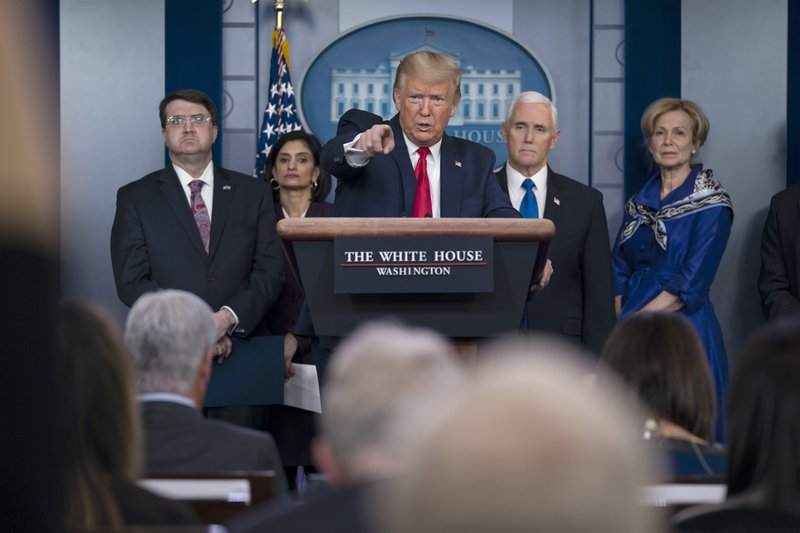 Arkansas received federal approval Wednesday to use $55 million in Medicaid funds to give bonus payments of up to $500 a week to workers in nursing homes and other long-term-care settings, as well as to workers who care for elderly or disabled people at home.

At the request of Gov. Asa Hutchinson, an advisory panel also recommended using up to $80 million in federal coronavirus response funds to provide similar payments to workers in hospitals, as well as to nonclinical staff members, such as janitors and cafeteria workers, in hospitals, nursing homes and other facilities.

Those funds would come from the $1.25 billion the state expects to receive from the $2 trillion Coronavirus Aid, Relief, and Economic Security Act passed by Congress last month.

Larry Walther, secretary of Arkansas’ Department of Finance and Administration, said the state received half of its Coronavirus Aid, Relief, and Economic Security allocation — or $625 million — Wednesday and expects to receive guidance this week from the U.S. Department of the Treasury on how the funds can be spent.

The state Coronavirus Aid, Relief, and Economic Security Act Steering Committee also recommended using $73.5 million of the federal funding to reimburse the state for purchases of masks and protective medical gear that it has made for health care workers using money from its budget stabilization trust fund and a COVID-19 rainy day fund created by the Legislature during a special session last month.

Both recommendations by the state steering committee, which was appointed by Hutchinson last month, were contingent on confirmation that the payments for hospital workers and support staff members will be allowed under federal rules. The 15-member committee consists of Cabinet secretaries, legislators and a representative of the governor’s office.

“This is something we want to have first in the pipeline so we’re ready to go whenever we get the authority from Treasury to start releasing some of those funds,” Hutchinson said during the steering committee meeting.

From Tuesday morning to Wednesday evening, the state’s death toll from the virus rose by two, to 34, as the number of cases rose by 101, to 1,599. The state’s first case was reported March 11.

The Medicaid payments will include $500 a week for full-time nurses, nurse aides, respiratory therapists and other care workers who are not physicians at nursing homes and other facilities where a resident has tested positive for the virus.

Employees working 20-39 hours a week will receive $250, and those working less than that but at least one hour a week would receive $125.

At facilities where no residents have tested positive, full-time workers will receive bonuses of $250 a week, and those working 20-39 hours will receive $125.

The proposal for coronavirus relief funds would provide the same bonuses for hospital workers, with the $500-per-week bonuses going to staff members at hospitals where at least one COVID-19 patient is receiving treatment.

Janitors and other support staff members at hospitals and nursing homes would receive bonuses equal to half of what direct-care workers receive.

All of the bonuses would be for eight weeks, starting retroactively from last week and extending until May 30.

The Medicaid payments, however, could be extended an additional 30 days if the state still has at least 1,000 active COVID-19 cases.

Of the cases that had been identified in the state as of Wednesday evening, 1,056 were considered active.

Meanwhile, 509 people who had gotten the virus were considered to have recovered, meaning at least a week had passed since they fell ill and they hadn’t had a fever for at least three days.

The Medicaid payment was initially part of a $116 million proposal that included payments for small hospitals, clinics and foster parents, and money that cities could use to move homeless people out of shelters and into hotels or apartments to reduce the risk of transmission.

The federal Centers for Medicare and Medicaid Services has yet to approve those other components of the proposal, Hutchinson said.

Officials with the state Department of Human Services have said the federal government is providing most of the funding, with the state’s share coming from money freed up by an increase in the federal match rate for Medicaid under another federal coronavirus measure, the Families First Coronavirus Response Act.

That law increased the federal government’s share of most expenses for Arkansas’ Medicaid program from about 71% to about 77%.

Arkansas Human Services Secretary Cindy Gillespie said the Medicaid proposal’s bonus payments are for long-term-care workers because Medicaid is the main payer for that type of care, and the Coronavirus Aid, Relief, and Economic Security Act includes other financial support for hospitals.

Trying to fund the bonus payments for hospitals and support staff through the Medicaid program would have slowed down approval for the long-term-care worker bonuses, she said.

Rachel Bunch, director of the Arkansas Health Care Association, said many nursing homes have already offered incentives to employees to keep up staffing levels in the midst of the pandemic.

“This will just really go above and beyond that for them,” she said.

She called the bonus payments “an act of acknowledgment of what our direct-care providers do, doing so much to take care of those people that can’t take care of themselves.”

The Arkansas Hospital Association had asked for the bonus payments to be extended to hospital workers, said Bo Ryall, the association’s chief executive.

He said the state’s hospitals don’t have a manpower shortage, but he’s heard of some nurses leaving for states with larger coronavirus outbreaks.

“We’re concerned about our workforce seeking other opportunities instead of staying here, because we will have patients,” Ryall said.