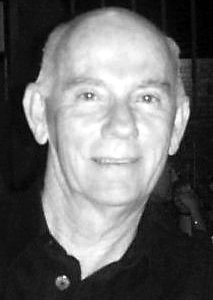 Trees may be the answer to one of our city center’s health problems. One significant cause of death in our cities is directly related to heat exhaustion, and that occurs when the body overheats to the point where either a heat stroke or heart failure overcomes a person, and their body’s functions are impaired. A few extra degrees of heat can be the difference between life and death. That’s where trees help. Since the population in most cities is concentrated in the core of the city, elevated temperatures in that area effect more individuals, and that is where trees save lives. Actual infrared measurements have recorded that almost all city centers have heat islands, with temperatures from 6 to 15 degrees hotter than the suburbs, and studies have proven the absence of trees is the difference. These heat islands exist in almost every city of any size, and persons living there, which are exposed to those elevated temperature, have a much greater risk of dying of a heat related problem than others in shady suburbs.

The Texas Tree Foundation, the group who has researched this problem, has focused on tree canopies, because heat island have a direct relationship to a city’s tree canopy. There are no other reasons, and not only are city centers hotter, they have less moisture and consequently more dust, which brings about allergic reactions and more health problems. Trees solve these problems by secreting moisture.

The Foundation has collected a mountain of data to illustrate the benefits of having a tree canopy, and their research shows how that canopy can combat the heat island effect that is present in almost all of our downtowns. The heat island effect is caused by the absence of any or very little tree canopy, and when temperatures are measured in the suburbs vs the downtown it becomes very obvious. Towns with a fair to good tree canopies record much lower temperatures than town without trees. Some of the best towns have a heat island effect of only 6 degrees hotter than a tree lined suburb, and the worst have an astounding plus 15 degrees in towns without any substantial tree canopy.

In 2011 Dallas had temperatures that topped 100 degrees for 40 consecutive days and 112 people died. Nearly half of those deaths were directly attributed to the heat wave according to the Foundation’s research. In the United States an estimated 30,000 people die from heat-related deaths annually, and that is twice as many as are killed by gun violence.

The problem is simple. Almost all city’s centers have impermeable surfaces such concrete and asphalt, which soak up the sun’s heat and causes to the heat island effect. This increase in temperature is deadly to people with any respiratory problem or children with childhood asthma. Trees can filter deadly air pollution and protect people from chronic respiratory illness.

The problem is not just in the Southwest where 100 degree days are common, it is now becoming a worldwide problem because of global warming. Paris has just experienced a brutal heat wave, and is responding with a reforestation effort to ensure 50% of the city’s land is planted by 2030. Here in the United States a recent study indicates replanting trees lost to urban development could reduce between one sixth and two-thirds of our carbon pollution. There is an estimated 255 million suitable acres available for tree-planting just in the U. S., an area the size of Texas.

I think we see the problem and the solution, so how are we doing here in Arkansas, “The Natural State”? Actually, we’re doing a lousy job, but there are bright spots. The city of Fayetteville is committed to a 40% tree canopy, and is working to maintain that even while having to replace older trees. Little Rock has a City Street Tree Origination that is committed to planting trees, and they are doing a great job, but they could use more help from the city and more volunteers.

I know trees are old hat here in Arkansas, and slash and burn is still in a lot of minds. I had a friend look at a lot, which the day before had beautiful trees. The lot had just been bulldozed for a used car lot. She said, “Well, that’s sure an improvement.” And she meant it. We have got to overcome the thought that a blank parking lot is a proper way to have parking and trees just get in the way.

Just last week, here in El Dorado, on north Washington Avenue, two healthy, 100 year old oaks, which were City Street Trees, were cut down. We have a long way to go when healthy 100 year old oaks are cut down without good reason. However, we’re making some progress, although it’s pretty hit and miss. I have personally gotten over a 1000 trees planted in our downtown, but on the ugliest streets in town I have been stonewall, even after I offered to buy the trees. Every town of any size has its ugly treeless streets and here in El Dorado we have two; north West Avenue and Hillsboro Street. I’m not picking on El Dorado. My home town is just an example of almost every town in the state.

But planting trees in city centers is just a small part of the problem. We need to plant trees in every available spot, and we can’t possible plant too many trees. Plant then around bus stops, in parking lots, on city sidewalks, and in every green space in your town. However, all trees aren’t created equal. Try to pick a recommended street tree with wide leafy foliage. Here in Arkansas we can easily plant native trees in the late fall and winter, if we will just use a little initiative to find them, or spend a few bucks with a local nursery.

Yes, trees will grow in highway medians, and we have hundreds of miles of mowed grass without tree one. Trees don’t have to be on city streets to improve air quality and cut down on pollution. They can be anywhere, and there is not a single reason why we don’t have trees in our highway medians.

We were once the Bear State, but we killed off nearly all the bears so we changed to the Natural State. Will we repeat history by losing so much tree cover that one day we’ll be too embarrassed to call ourselves “The Natural State?”

I will speak on Rewilding Arkansas, or Making Arkansas a Wilder Place at the Little Rock Sierra Club’s September the 17th meeting at the Oyster Bar. It starts at 7:00. Come by for a Bring back the Wolf bumper sticker. You don’t have to be a Sierra Club member to attend.