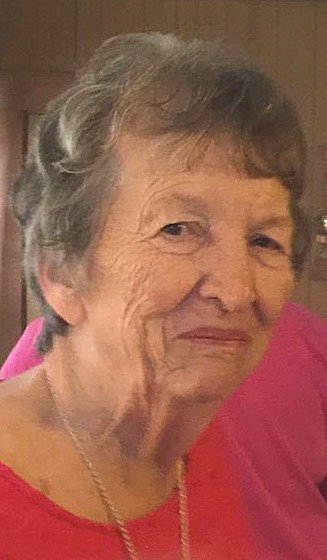 Born Sept. 3, 1936 in Camden, Arkansas she was the daughter of John Porter and Dorcas Lillian Silbey Hall. Mrs. Robertson was a graduate of Fairview school in Camden and later attended Southern State College in Magnolia. There she met and married the love of her life, Billy Don Robertson. They continued to live in Magnolia for many years before buying a feed store and moving to El Dorado.

They later moved to the country. She loved life in the country with her husband, children and later grandchildren. They were surrounded by many animals, lastly the donkeys. She loved feeding and watching the deer and birds, her favorite being the hummingbirds.

In later years many hours were spent with her husband, family and friends sitting and rocking on their porch watching the deer and other animals. She felt very blessed to live among and enjoy the many beautiful creations of God.

Funeral services will be held Saturday, Sept. 7, 2019 at 10 a.m. in Young’s Chapel with Rev. David Mitchell officiating. Interment will follow in Rest Haven Memorial Gardens under the direction of Young’s Funeral Directors.

An online registry will be available at www.youngsfuneralhome.com.