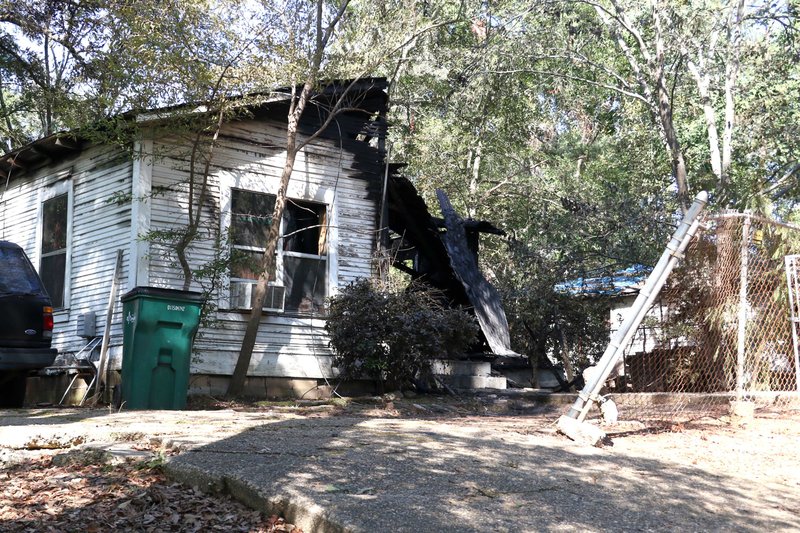 1316 D Avenue after a fire Tuesday. The cause of the fire is undetermined, but the resident said she thinks it was due to wiring.

A house on D Avenue in South El Dorado was engulfed in flames Tuesday, and the resident lost everything.

The resident, who had been living there since 1997, said she and her son now have to find somewhere else to live, but that the Red Cross is helping them.

El Dorado Fire Department assistant chief Jesse McKinnon said the crew was on the scene within four minutes of the call. He said when the crew arrived, the house was fully involved.

“It took some time for us to bring (the fire) under control,” McKinnon said.

He said it took about 30 minutes.

McKinnon said the cause of the fire is undetermined and there is not currently an investigation underway.

The resident said she thinks the fire was caused by bad wiring. She said nothing was on in the house while she and her son were out.

No one was injured.