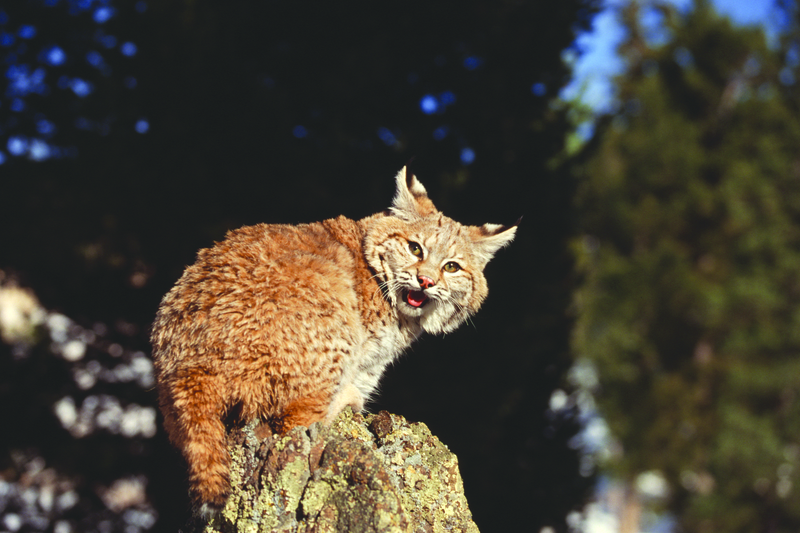 Adapting: Bobcats are among some of the wild animals adapting to more urban surrounds, report says

The University of Arkansas System Division of Agriculture released a report Nov. 6 that states bobcats are adapting to urban and suburban settings.

Becky McPeake, Ph.D, extension wildlife specialist for the Division of Agriculture, said the department does have specific information from around the state but that it’s likely bobcats are encroaching on residential areas in other urban environments.

“Bobcats are very adaptable and look for opportunities for prey, often in urban areas,” McPeake said.

She said urban and suburban settings provide those opportunities with bird feeders, squirrels and pets, particularly outside cats and dogs.

McPeake said they don’t know exactly why bobcats are moving in, but speculate it’s because that’s where their prey — typically small animals like mice, rabbits, reptiles and occasionally deer — are going.

Bobcats are often confused with mountain lions, or pumas, but are actually much smaller.

According to the press release, bobcats can weigh 11-35 pounds. McPeake said that some people often confuse the feline with domestic cats.

However, McPeake said it’s important to not make bobcats comfortable with human interaction.

“We need to do things that make us more threatening and continue that practice,” McPeake said.

McPeake said it’s important to not feed a bobcat or continue accidental feeding, like leaving pet food outside.

She also said these are similar ideas to how to treat coyotes, which are also becoming more comfortable in urban and suburban settings.

According to the press release, bobcats can carry a tick that can cause “bobcat fever.” The disease, which is a tick-borne parasite, can be deadly in house cats. Symptoms can start between five and 20 days after a bite, according to the release.

If it goes untreated, a cat will usually die after a few days of symptoms, which includes fever and respiratory distress.

If you see a bobcat, or a coyote: make noise, stand tall and wave arms to appear larger, speak firmly or shout, back away while facing the animal and do not run, according to the press release. It also recommends throwing something at the animal if it doesn’t leave — although McPeake adds not to where you would harm it.

She also said it’s important to note that bobcats are not an endangered species in Arkansas.