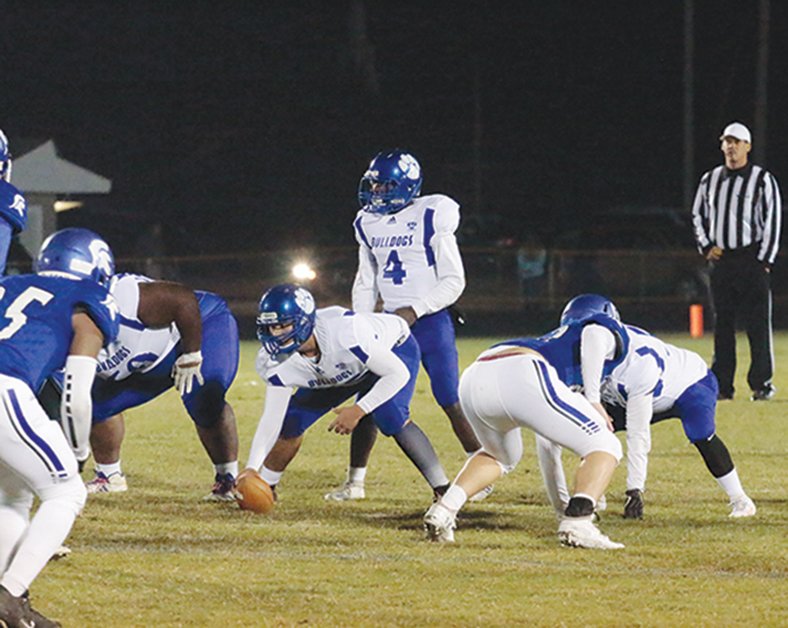 The playoffs may not officially begin until next week, but for Strong, they begin tonight.

The case is cut and dried for the Bulldogs, who haven’t been in the playoffs since 2015.

Knock off Bearden, and the Bulldogs will be the 8-2A’s No. 5 seed and travel to Des Arc to take on the 6-2A champions next week.

Lose, and the season ends.

The same also applies for the Bears, who are looking to reach the postseason for the fourth straight year.

Coincidentally, the last time the Bulldogs topped the Bears was also in 2015 when they last qualified for the playoffs.

Adding to the mix is that Bearden coach Greg Anthony returns to Strong after he coached the Bulldogs during the 2016 and 2017 seasons.

“I guess it’s mixed emotions for some of them,” Strong coach Sirl Wright said. “Overall, they understand that this game can reset the season where we can get into the playoffs. I try to use all angles as far as playoffs, ex-coach, final game for the seniors at home, just basically trying to find any motivating factor for them to step up.”

The Bulldogs enter off of a lopsided loss at the hands of Union County rival Parkers Chapel, but Wright said his team will be ready.

“Naturally after you’re going up against a rival and you don’t come out on the winning end, morale is low, plus with a record of 1-8, that’s also not a great morale booster,” Wright said. “But when you start laying out the factors to them as far as Bearden has the same record and the winner goes to the playoffs, that motivates them.

Against the Trojans, quarterback Emauri Newton threw for 107 yards that included a 38-yard touchdown pass to Byron Maze.

A freshman, Shelton paced the Bulldogs on defense with 10 tackles.

“I felt like they competed hard,” Wright said. “It was actually a great, competitive game. They did a great job of improvising in the middle of the play. It was almost like a triple option. The running back knew was going to be tackled, but before he went down, he just turned and threw it and he knew where the quarterback was. They beat us on the long ball several times, and that’s where it separated us.”

As far as the Bears are concerned, Wright said he is expecting a very physical game.

“They’ve got a couple of good athletes in No. 1 (Kendrick Juniel), he’s a tall, slender kid and No. 7 (Royce Cones) is a speedster,” Wright said. “They pretty much just give it to their dudes and see what they can do with the ball. They’re more of a run-heavy team like us, so it’s going to be a battle to see who the toughest is.”

Wright added that he is expecting the Bears to be aggressive on defense.

“With us being a running team, I’m assuming they’ll just line up in that 3-4 and just walk up their outside linebackers and just try to be as aggressive as they can,” Wright said.

If the Bulldogs are to stop their losing streak against the Bears and reach the playoffs, Wright said his team can’t beat themselves with mistakes.

“Number one, we just can’t beat ourselves with penalties,” Wright said. “Last week, I thought we were pretty good. Just don’t beat ourselves with penalties, no turnovers and execute by blocking and tackling, just keep it simple. We need to do our best to put the ball in our playmakers’ hands and everybody else coordinating and working together as a team fashion. If we do that, I think we’ll be all right.”