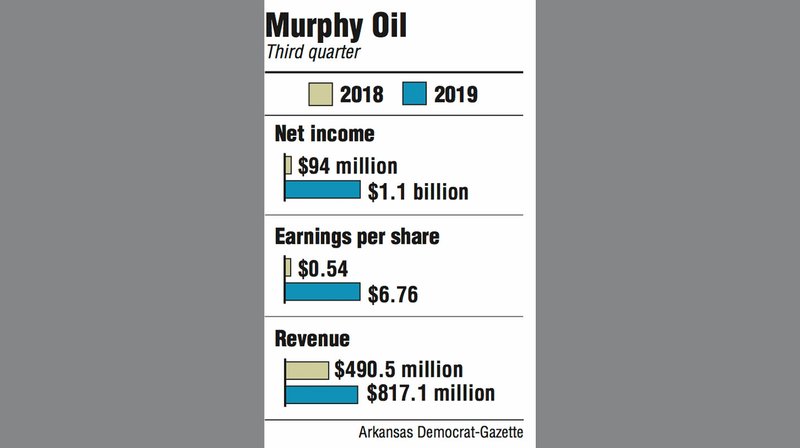 Last week, Murphy Oil Corporation reported its financial and operating results for the third quarter of 2019, including $1.1 billion of net income and $57 million of adjusted net income (which excludes discontinued operations and other one time gains).

Murphy Oil sold assets in Malaysia in the third quarter, which represents the bulk of the net income. The company also produced 192,000 barrels of oil equivalent per day, its highest oil volume since the first quarter of 2015. Murphy is working on a project in the Gulf of Mexico, the St. Malo waterflood project, expected to result in 30-35 million barrels of oil equivalent. The company also expanded exploration acreage in Brazil, according to a release from the company.

“Our company is performing exceptionally well. With a significant gain on sale of nearly $1 billion, we have the Malaysia divestiture behind us and are pleased to complete our first quarter as a transformed and streamlined Murphy,” said Roger W. Jenkins, company president and CEO. “As an oil-weighted, Western Hemisphere-focused company, our primary operations in the Gulf of Mexico and Eagle Ford Shale continue to achieve low operating costs and strong realized prices, driving healthy [earnings before interest, tax, depreciation and amortization] given their prime access to premium markets.”

The company said it benefited from “premium pricing” in the third quarter, with Eagle Ford Shale oil prices above $58 per barrel and North America offshore prices nearing $61 per barrel. In the third quarter, more than 94% of Murphy Oil’s volumes were sold at a premium to the average West Texas Intermediate (WTI) price of $56.45 per barrel.

The revenue from the Malaysia asset sale allowed the company to repay borrowings of $1.4 billion and a $500 million loan. Murphy also repurchased an additional $106 million of outstanding shares in Q3 and plans to buy $94 million in Q4 under a $500 million stock repurchase plan that it began in April. The company has reduced its outstanding shares by approximately 12%, or 20.7 million shares.

“Murphy has meaningfully de-levered its balance sheet and improved liquidity this quarter with cash from the Malaysia asset sale as part of ongoing portfolio transformation,” Jenkins said. “As promised, we consistently return cash through our substantial dividend and reliably delivered on our share repurchase program ahead of schedule, supporting Murphy’s tenet of benefiting our shareholders.”

At the end of the quarter, Murphy had roughly $2 billion of liquidity — $1.6 billion in senior, unsecured credit and $435 million of cash/cash equivalents.