Smackover Library to be part of book project

Northwest Arkansas photographers to take portraits of patrons June 13 by Madeleine Leroux | May 31, 2019 at 8:25 p.m. 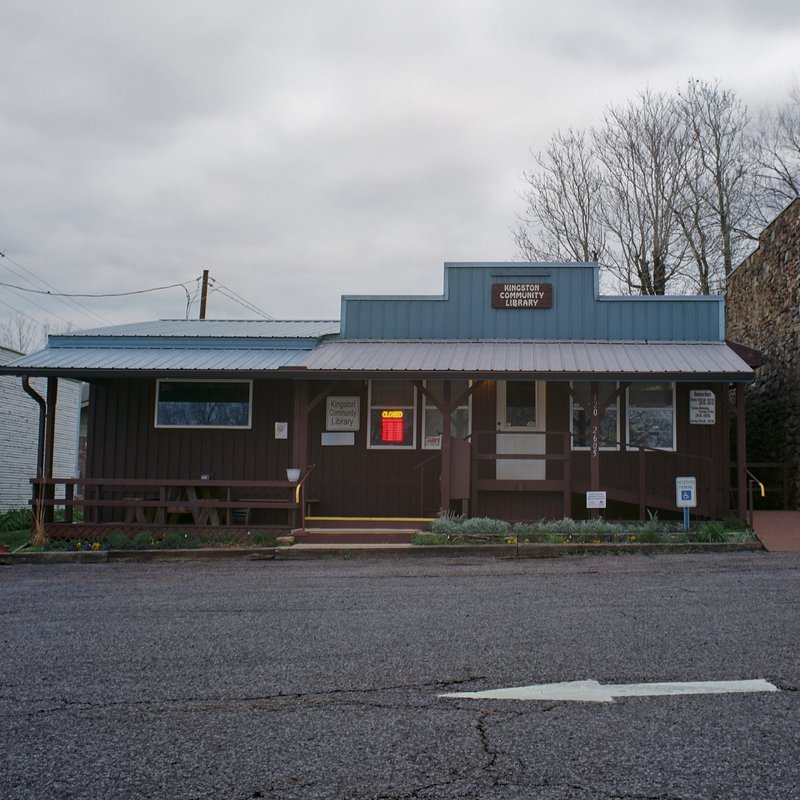 Library: This image, by photographer Sabine Schmidt, was taken at the Kingston, Arkansas, public library, as part of the collaborative project: Remote Access. Schmidt and photographer Don House will be at the Smackover Library on June 13 to take photos of the library, its patrons and the community for a second collaborative project that will be put together for a book. Contributed photo

The Smackover branch of the Union County Public Library System and its patrons will be featured in a new project from Northwest Arkansas photographers Don House and Sabine Schmidt.

The project, called Remote Access, highlights small libraries and the people who rely on them throughout Arkansas. House and Schmidt will be in Smackover on June 13 to take photos of the Smackover Library, its patrons and the community.

According to a news release, Remote Access is the second collaboration between Schmidt and House. Inspired by a love of libraries and the role libraries play in their communities, the photographers have selected 25 of the smallest of the 235 public libraries in Arkansas for the project. In conjunction with Dr. Robert Brady Cochran II, director of the Center for Arkansas and Regional Studies at the University of Arkansas in Fayetteville, Schmidt and House will publish the resulting collection of photographs as a book through the University of Arkansas Press and create a traveling exhibition.

“All public libraries serve similar roles in their communities that go far beyond providing reading material. Those roles and services often don’t end up in mission statements, but they are critical in the lives of the patrons,” Schmidt said in the release. “Small libraries in particular offer a safe, warm space with critical internet access, a research center, a home away from home. Often the librarian acts as researcher, grant writer, vocational counselor, cook, family relationship coach, child welfare monitor, community organizer, tutor, visitor information officer, living bulletin board, a friendly face, and a patient listener.”

Michael O’Connell, executive director of the Union County Public Library System, said the photographers contacted the system in their effort to cover various areas of the entire state of Arkansas, opting to use Smackover because of the library’s historic location.

Schmidt, whose work often deals with ideas of place and home, will concentrate on the physical community – the architecture, buildings, streets, businesses, schools, churches and the library itself.

“There is obvious beauty in the buildings and facilities of large urban libraries, and that has been documented in several collections of photographs over the years, but I find great beauty in the small rural library that has to make do with limited resources,” Schmidt said in the release. “Sometimes the library is housed in a building that was never intended for the purpose. Space restrictions can seem daunting. Often the library relies heavily on volunteers, with a librarian only funded with a part-time salary. The beauty that comes from labors of love is exactly what drives so many smaller libraries. It is tangible, palpable, and photographable.”

House is a portrait photographer, and his interest is in the people who come to the library, who use the space and the services. He will set up his backdrop and lights, and photograph anyone who uses the library (and is willing) during normal business hours on June 13. House says the process is quick and casual.

“I’m interested in the people, their personality, what they’re wearing, what they’re carrying, why they are there,” House said in the release. “There is no posing, no preconceived notion. When I’m done, if I’ve been successful, I have opened a window on the community and the people who make it what it is.”

As thanks for their participation, all library patrons photographed on June 13 will receive a complimentary print of their photograph. The photographs will be used in the book put together by House and Schmidt.

“Our patrons of the Smackover branch can get a free portrait taken,” O’Connell said. “It’s a free event. Come as you are and get a professional portrait taken. … (House) does great work.”