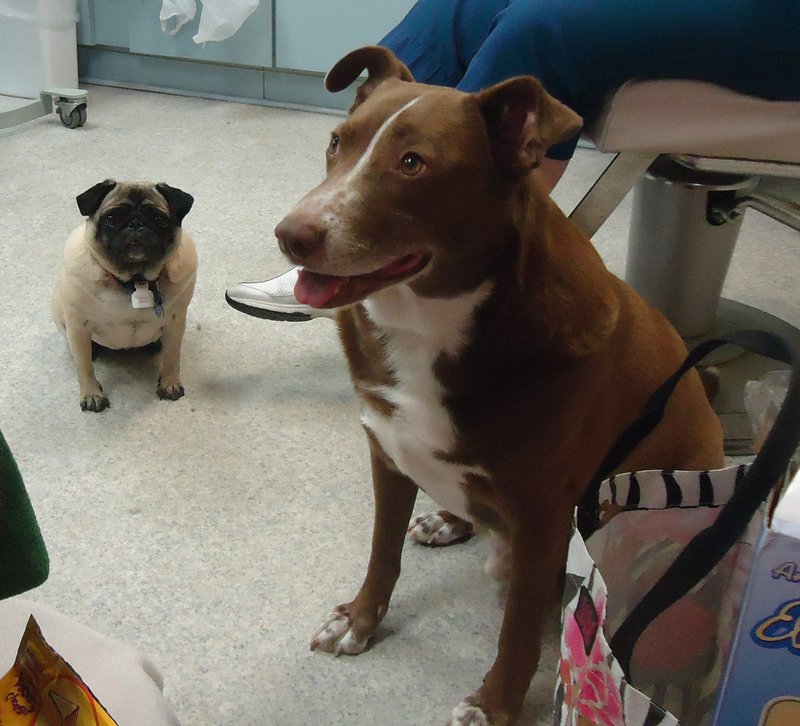 Companions: Max and Peiwei are two of the animals that reside at Hudson Memorial Nursing Home. Administrator Carolyn Merit said these dogs, along with the program that allows them to live at the nursing home, give the facility a vested interest in taking care of animals in Union County. Contributed photo

An adoption event for the Union County Animal Protection Society will be held Saturday at Hudson Memorial Nursing Home.

“We will be asking for donations to UCAPS,” said Hudson Memorial administrator Carolyn Merit. “In other words, if you want to make a donation, that’s great.”

Hudson Memorial is an Eden Alternative facility, allowing them to keep pets in the facility for its inhabitants. Currently, two dogs and two cats reside there. Hudson Memorial has been a part of the program for at least 20 years, Merit said.

One of Hudson Memorial’s pets was rescued from UCAPS after it completed the Paws in Prison program, which allows rescue dogs to receive obedience training from inmates at state prisons. His adoption helped solidify the relationship between Hudson Memorial and UCAPS.

“It gives them (residents) a sense of ‘this is home.’ It also helps them to overcome loneliness,” Merit said. “It gives them an attachment to something … They’ve had dogs and cats here forever and the residents just love them.”

On Saturday, volunteers comprised of Hudson staff members who are off work will serve hot dogs, chips, drinks and baked goods. While the food will be offered free of charge, donations for UCAPS are requested.

Hudson has never hosted an event like this before, Merit said. With an ongoing overcrowding problem at the UCAPS shelter, Hudson nurse and UCAPS volunteer April Payne saw the need for the event and organized it on behalf of the nursing home.

Payne couldn’t be reached by press time for comment.

“She has a fondness and made me aware of the situation,” Merit said. “She made me aware about the problem that they’re having, [with] overcrowding all the animals, so we thought this might be a prime location since it’s a busy street, that it would help them out.”

UCAPS shelter manager Tanja Jackson said the shelter is still over their capacity of 300. Last week, UCAPS volunteer Angelica Wurth reported 350 animals at the shelter, with 47 puppies having been received just that week alone.

“We just have an express interest in making sure they’re (animals) taken care of,” Merit said.

Along with the food, UCAPS animals will also be at the event, hoping to find an adoptive family. Merit said they hope to raise at least $1,000.

“We hope to raise some money for UCAPS and we hope to get some pets some good homes. That’s our only goal,” Merit said.