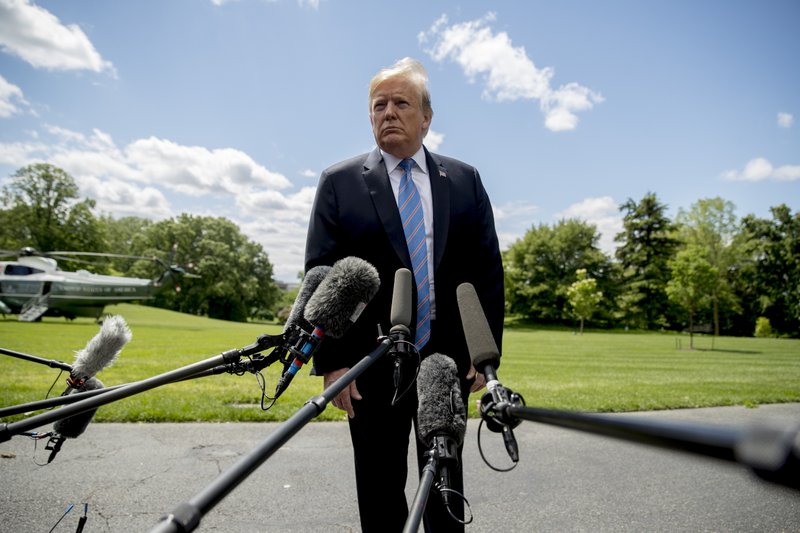 President Donald Trump listens to a question from a member of the media on the South Lawn of the White House in Washington, Tuesday, May 14, 2019, before boarding Marine One for a short trip to Andrews Air Force Base, Md., to travel to Louisiana. (AP Photo/Andrew Harnik)

The Secret Service says four officers were involved, and three of them were taken to a hospital to be treated for minor injuries.

Lake Charles police and the White House said in separate statements that three officers were involved.

City police say they are investigating how the wreck occurred, with help from state police.