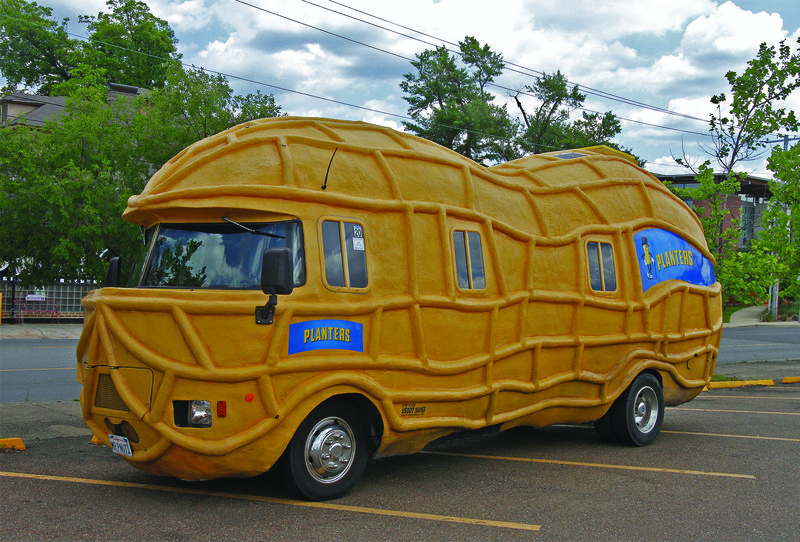 Visitors to the Brookshires Grocery Store at 2202 N. West Ave. in El Dorado were in for a surprise Tuesday as a giant peanut filled several spaces of the parking lot.

The extremely large peanut, built on the chassis of a dually was the Planters’ NUTmobile.

Beach, along with co-workers Jenna Stoklosa of Buffalo, New York, and Ryan Mortenson of Phoenix, Arizona, are known as Peanutters, those who drive the NUTmobile. Beach said that she loves making people’s day as she arrives on scene in the NUTmobile.

“It’s pretty out there,” Beach said when discussing the vehicle’s uniqueness.

The Peanutters stopped by Brookshires to pick up various types of Planters Peanuts as they made their way to west to Magnolia. From 10 a.m. to 4 p.m. Thursday, the trio will make an appearance at Walmart in Magnolia representing their company as they prepare for the upcoming Magnolia Blossom Festival this weekend. The Peanutters and NUTmobile will be available during the festival from 11:30 a.m. to 8 p.m.

Beach stated that they travel all across the country while on tour, taking Mr. Peanut to meet his fans.

“In the past years we have been to over 20 states,” Beach said. “We are headed to St. Louis next.”