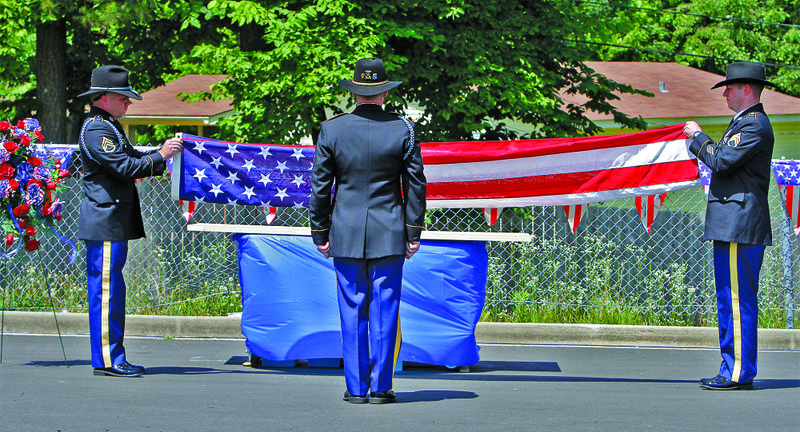 Ceremony: The veteran’s recognition program and ceremony at the Home Depot last year. The event was a precursor to the Memorial Day holiday. File photo

The Memorial Day Remembrance Ceremony will be held on Saturday outside of Home Depot. The event is designed to recognize troops, veterans, police and firefighters in connection with the upcoming Memorial Day holiday.

The ceremony is free and open to anybody interested in attending. Along with the presentation itself — which includes a wreath presentation, a Memorial Day address and a list of Union County casualties — food will be available.

As part of the ceremony, Rev. George Zarebsk who is planning the event, said local and state officials will be in attendance including Speaker of the House Matthew J. Shepherd, Secretary of State John Thurston, District Judge Jack Barker and U.S. Circuit Judge Bobby Shepherd.

The ceremony will take place at 11 a.m. in the Home Depot parking lot.