Ancient Words: Faces of the Cross, Face of Victory

A wooden cross in the 1st century (and as early as 300 BC) was a graphic display of everything that a right-thinking man would despise. The cross stood for death, of course, but also defeat, humiliation, suffering, pain, guilt, sorrow, despair, loss and yet also the very opposite of things like hope, peace, safety, security, and yes victory. Jesus walked the earth for 40 days in his immortal body after rising from the dead and in that period his followers slowly gained the view of what the Christ intended to show by his death—-that the cross was the face of victory—-not a temporary victory but a permanent and eternal victory for everyone who would come to that cross.

Opponents take great pride today in challenging the cross in as many venues as they can find. From 10 Commandment stones to the Cross, they slander and attack the very basis of civil and moral liberty. They boldly proclaim and insist that the takedown of all Christ-like displays will result in an ultimate victory for the human race, unable to see that the Cross is victory. Peter spoke well of these as he writes: “…This is especially true of those who follow the corrupt desire of the flesh and despise authority. Bold and arrogant, they are not afraid to heap abuse on celestial beings; yet even angels, although they are stronger and more powerful, do not heap abuse on such beings when bringing judgment on them from the Lord. But these people blaspheme in matters they do not understand. They are like unreasoning animals, creatures of instinct, born only to be caught and destroyed, and like animals they too will perish. They will be paid back with harm for the harm they have done. Their idea of pleasure is to carouse in broad daylight. They are blots and blemishes, reveling in their pleasures while they feast with you. With eyes full of adultery, they never stop sinning; they seduce the unstable; they are experts in greed—an accursed brood! They have left the straight way and wandered off to follow the way of Balaam son of Bezer, who loved the wages of wickedness. But he was rebuked for his wrongdoing by a donkey—an animal without speech—who spoke with a human voice and restrained the prophet’s madness. These people are springs without water and mists driven by a storm. Blackest darkness is reserved for them. For they mouth empty, boastful words and, by appealing to the lustful desires of the flesh, they entice people who are just escaping from those who live in error. They promise them freedom, while they themselves are slaves of depravity—for “people are slaves to whatever has mastered them (2Pe 2:10-19).”

True victory came for the human race 2,000 years ago. Today, the line is being drawn that separates those who claim victory for the human race in spite of the Cross and those who claim victory because of the Cross! The same spirit is alive today that crucified Jesus and that spirit will only lead to destruction: “… These are the people who divide you, who follow mere natural instincts and do not have the Spirit. But you, dear friends, by building yourselves up in your most holy faith and praying in the Holy Spirit, keep yourselves in God’s love as you wait for the mercy of our Lord Jesus Christ to bring you to eternal life (Jude 1:17-21).” The Spirit that came forth from the Face of the Cross is alive today and leads to victory beyond measure!

Scott and Jane Johnson minister with East Faulknew Church of Christ and BRG Bible. Bible questions can be sent to [email protected] 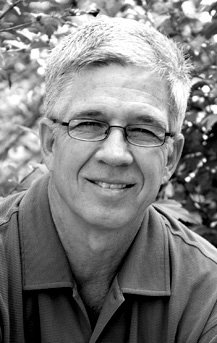 When It Rains It Pours

It has been a rough couple of weeks. A few weeks back we encountered a leak at our Salvation Army Family Store which caused us to close for the rest of the day. No big deal, we called someone to fix the problem. 3 days later, the leak returned in the form of a flood causing significant damage that caused us to shut down for what we thought would be a week, has now turned into several weeks!

We are very grateful for all the volunteers who came to the rescue to help empty the store so that the carpet and wall removal could take place. We also want to thank these volunteers for bringing everything back in! We were well on our way to being done and guess what? Another leak happened! When it rains, it pours. That’s what happens in life. As soon as things appear to be going just right the bottom literally falls out from under us. I am so thankful and grateful to God that when we go through those storms and trials that He is always there and our brothers and sisters in Christ rally together to lift us up and help us get through it!

Ms. Jo, Ms. V. , Cool Steve as well as the rest of us have been trying to figure out what the LORD is trying to teach us through this. Well the lesson and reminder can be found in James 1: 2-4: “Consider it pure joy, my brothers and sisters, whenever you face trials of many kinds, because you know that the testing of your faith produces perseverance. Let perseverance finish its work so that you may be mature and complete, not lacking anything.”

I hope this encourages you today. God always has a plan and a purpose!

Captain Jason Perdieu is corps officer of the Salvation Army of El Dorado.